Canary Craftivists on the seafront

Here’s a reposting of a piece on the VGS Solarpunk site:

‘Craftivism’ is really about gentle protest:

Here’s a message just in from the East Devon Craftivists:

I just wanted to let you know about this story that links really well with the recent, multiple cliff falls at the eastern end of the beach.

WHAT:  East Devon Craftivists are part of The Craftivist Collective, a growing movement with thousands of members who want to see positive change in the world – in this case, the increasingly urgent climate crisis.  A ‘flock’ of local Canary Craftivists will be holding a ‘stitch-in’ where we will be making handcrafted canaries that we’ll be sending to local MPs ahead of COP26 to urge them to push for more action to tackle climate change.

With the backdrop of our rapidly changing coastline, we hope this ‘gentle protest’ will remind local MPs to make it a priority in their work. We’ll be dressed in canary capes and yellow outfits so it should be a colourful event.  Please feel free to send your photographer or reporter along to cover the event.

WHERE: We’ll be meeting on the seafront near the lifeboat station… look for the canaries!

Their crafty colleagues have been on the beach just down the coast:

As the snapshot of the crafty work suggests: 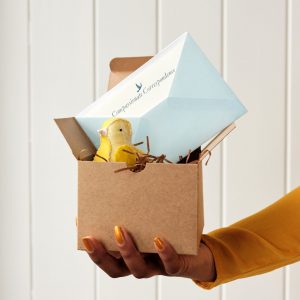 Together, we’ll engage our MPs as critical friends (rather than aggressive enemies) with acts of thoughtful Gentle Protest. We’ll be staging quiet, intriguing and crafty gatherings by much-loved and recognisable landmarks in our hometowns over the summer months to gain local media attention that politicians and their staff will read about. We’ll also be sending our MPs small handmade canary gifts in the first week of September after their summer recess. These will be thought-provoking, gentle reminders to do more for our world’s welfare and ask the UK Prime Minister to be bolder in his climate commitments.