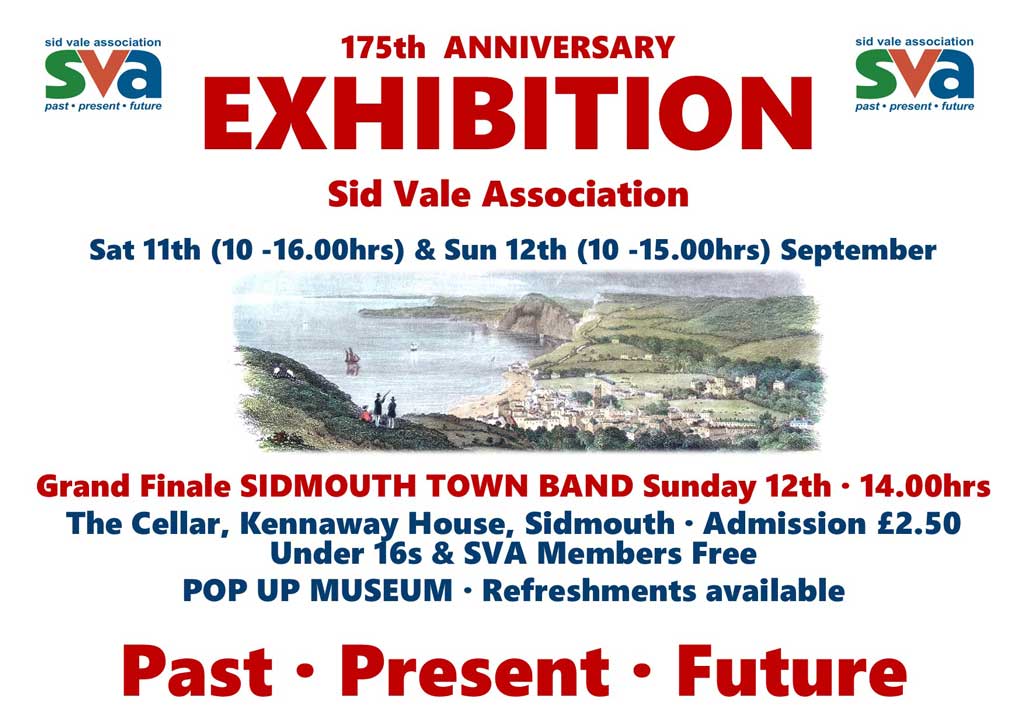 From the Nub News:

An exhibition chronicling Sidmouth’s history over the last 175 years is being held at Kennaway House this weekend (Saturday, September 11 and Sunday 12)..

The event has been organised to commemorate the 175th anniversary of the creation of the Sid Vale Association.

The first meeting of what was then called the Sidmouth Improvement Society took place on September 18 1846. It was the first civic society in the country, formed by a few notable local residents to improve the town for all those living there.

It was later registered as a charity ‘for the protection of the beauties and amenities of the neighbourhood and to promote and aid its cultural development’.

What the Sid Vale Association has achieved for Sidmouth

The exhibition this weekend will be an illustrated history of the Sid Vale Association’s achievements over the years. These include buying land, setting up the museum, organising Sidmouth’s blue plaques, and publishing a large number of books about the town, including the story of its cinemas and theatres, and details of its literary and royal connections.

In 2007 the SVA was bequeathed a considerable sum of money by Keith Owen to set up a Trust Fund, whose income is used for the benefit of the valley. This investment has grown, despite paying out over £900,000 in grants over the years.

One highlight of the exhibition will be a pop-up museum, featuring some quirky exhibits that have not previously been seen. Sidmouth Museum has a large number of items in storage; it updates its exhibits regularly so that return visitors have something new to see, but there are still items that haven’t been put on show at all.

Click to read Sidmouth Nub News’s article on the museum as it is now, following a revamp.

During the weekend, all the SVA’s trustees will be on hand at various times to answer questions, and Sidmouth Town band will be performing outside at 14.00 on Sunday for the grand finale.