“That Glorious Forest” > talk on Amazonia by Ghillean Prance

Speaker: Sir Ghillean Prance FRS VMHWith an illustrious career in botany spanning over 65 years including over 10 years as the Director of the Royal Botanic Gardens, Kew and more recently as the Scientific Director of the Eden Project in Cornwall, Sir Ghillean will be talking about his most recent work in Amazonia.  He will focus on examining the current situation about deforestation and threats to the forest and include details of the time he has spent with the indigenous peoples of Amazonia studying their uses of plants and uses of the forest. 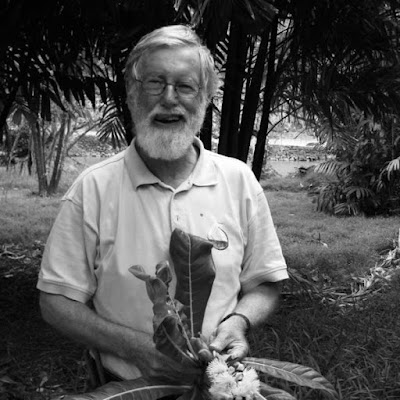 About the speaker:
Sir Ghillean Tolmie Prance FRS FLS FRSB is a prominent British botanist and ecologist who has published extensively being the author of 21 books and editor of a further 16 as well as publishing over 560 papers of both scientific and general interest on plant systematics, plant ecology, ethnobotany, and conservation.  Sir Ghillean is a former Director of the Royal Botanic Gardens, Kew and currently works as the Scientific Director of the Eden Project in Cornwall and as a visiting professor at Reading University.
Sir Ghillean was trained as a plant taxonomist and started his career with over eight years of fieldwork and botanical exploration on 39 expeditions in Amazonian Brazil between 1964 and 1988, he has returned to the Amazonia recently to complete his latest book “That Glorious Forest”.
In 1993 he was elected a Fellow of the Royal Society and was awarded the International Cosmos Prize for his environmental work in Amazonia being knighted in 1995.  He received the Lifetime Discovery Award from the Royal Geographical Society and the Discovery Channel in 1999.  Sir Ghillean holds honorary doctorates with multiple institutions across the globe.
He is a Fellow of the Linnean Society of London, Fellow of The Royal Geographical Society, the Explorers Club, and the American Association for the Advancement of Science.
About Supper & Conversation at Trill
Supper & Conversation provides an opportunity to enjoy an inspiring talk followed by a convivial supper, sharing ideas and evolving positive ways forward. Speakers include writers, innovators, critics, political agitators and environmentalists, and aim to be informative, to stimulate thinking, to make us laugh and to amaze us.
The suppers are inspired by the content of the talk and from the seasonal abundance of the farm. We don’t sell alcohol, please feel free to BYO (£3 corkage per person).