There are several other festivals gaining in impact…

The Literary Festival in on over this weekend:

We’ve just had the Sea Fest on the Ham:
Sidmouth Sea Fest

And at the height of the summer we will be enjoying the Regatta:
Sidmouth Regatta – Visit Sidmouth

As will the walking festival:
Sidmouth Walking Festival – Home | Facebook

And Sidmouth is a very special place to hold these events – which are all about ‘community’:

‘We all look forward to it’: The social value of a festival in the town

Does a festival have social value? Does it bring social bonding or does it cause social division? Dr Linda Wilks investigates.

Wondering about the ways in which a town’s spaces and the activities of its residents might be transformed by a festival inspired me to do some research last summer at Sidmouth Folk Week, down on the UK’s Devon coast. I was particularly interested in looking at the social value of the festival for the locals, including whether it encourages social bonding or social division and whether it helps to build local community spirit, all aspects of social capital.
Although Sidmouth does attract holidaying visitors throughout the year, the numbers are nothing like the tens of thousands who descend on the small town during its August folk week. Virtually every possible space within the town centre, including church halls, rugby and cricket club pitches and pavilions, and the theatre and arts centre, is taken over by the festival so that people can make music, dance and chat. Green spaces see the construction of marquees for concerts, ceilidhs and musical instrument sales; the promenade becomes a medley of craft stalls, buskers and dance displays; while in every pub there is a corner overflowing with fiddle and melodeon players playing tunes together. ‘Everywhere you go there’s music’, commented one interviewee.
I conducted 37 interviews with local people out and about during festival week, asking them how the festival affects their lives. The buzz created by the festival’s conversion of the town’s spaces is approved of by most, with many comparing festival week to the rest of the year: ‘the atmosphere’s lovely, you know it brings the place to life’. Another highlighted the positive ways that the festival changes the town: ‘everything is different, you walk into the hotel and you wouldn’t know it was the same place’. The public gardens, which are free to enter and include a performance stage and food stalls, were a particular gathering point for locals to relax on the grass with their family and friends. Pubs, too, took the opportunity to create stages in their courtyards in order to pull in the punters. These also provided spaces for social interaction, as a local interviewee explained: ‘it’s a good excuse to see people that we wouldn’t normally see from month to month’. Another, in his early thirties, commented: ‘me and most of my friends have moved away and everyone seems to come back at this time of year, so you’ll always bump into people you know who have come back for the same reason, which is really good’.

Not all of the locals are in favour of the festival’s effect on their town, of course, with reports that some who were not keen would go away for the week, perhaps even renting out their houses to the visitors. The problems of parking and crowds were mentioned by others, with one not being keen on the hippy style of some of the festival goers. Others like the increased diversity of the town during folk week, however. There seems to be little bonding between festival visitors and the locals, although some locals take the chance to invite friends from afar to stay so that they can all attend festival events together.
Another noticeable social effect of folk week is the way that it encourages local people to join together for the benefit of the festival and the town. Some become festival volunteers, offering their local knowledge and contacts and pre-festival on-the-spot availability to the festival team, or stewarding alongside the visiting volunteers during the week. Others volunteer for their local sports club or charity, on parking or bar duties for example, to enable the organisation to make the most of the visitors’ spending power. These boosts to finances are then used to maintain club facilities or to enhance charity funds and so provide further social benefit to local people.
The social value of a festival to a town can therefore be high, as I found at Sidmouth. Festivals are certainly about much more than the music and their effects on the locals linger long after the visitors have gone home.

‘We all look forward to it’: The social value of a festival in the town – OpenLearn – Open University

There is now a new initiative to create some synergies: 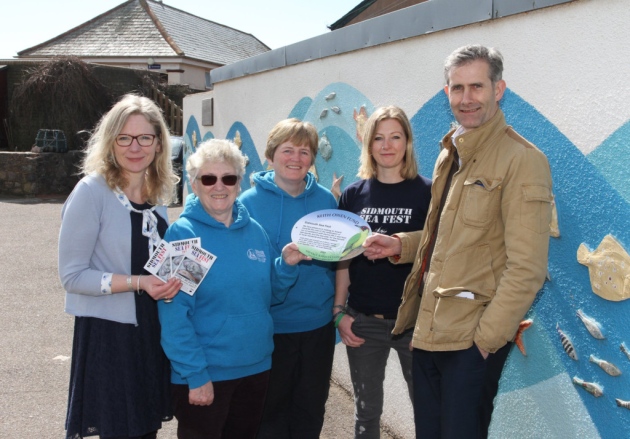 FROM WALKING AND READING, TO SCIENCE AND THE SEA – SIDMOUTH IS FAST ESTABLISHING ITSELF AS A FESTIVAL TOWN. 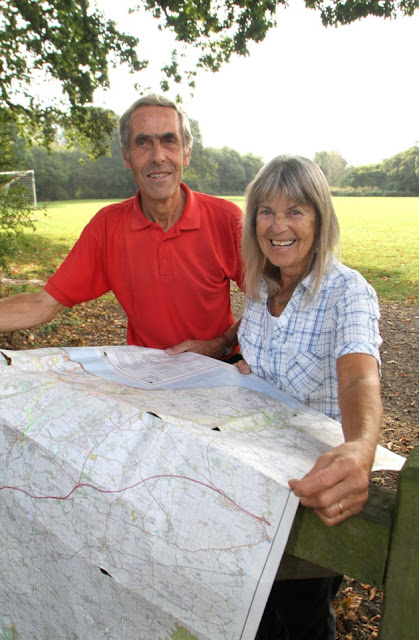 The events have all sprung up in the last few years, each pushed forward by handful of volunteers and facing similar challenges, as does the regatta.
Organisers came together on Monday to discuss how they can share resources and expertise – and one day become as big a draw as FolkWeek.
Ideas ranged from aggregating insurance costs and cross-promotion to giving a youngster work experience as a social media expert.
Now in its 27th year, Oliver Salter said the regatta is organised by himself, his wife Adele and Keith Knight. 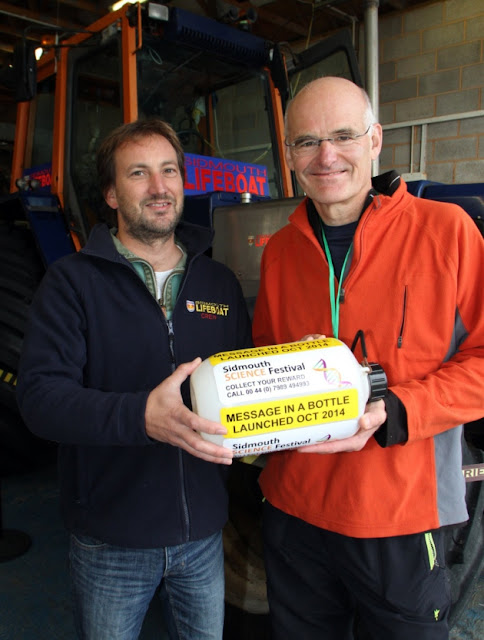 “It’s always challenging,” he said. “We’ve said we want to retire but no one wants to take it on. We wouldn’t want Sidmouth to lose it.
“With the help of Sidmouth Town Council we’ve been able to expand with the Red Arrows and the Battle of Britain display. The chamber of commerce is also running a candlelit dinner, so it will run from Friday to Sunday evening (August 25 to 27).”
He said the regatta raises money for the RNLI rather than the Sidmouth Lifeboat to bring down insurance costs, but a local charity could benefit if a different arrangement was in place.
Dave Bramley said his committee collectively spends a year-and-a-half organising the science festival, which also covers technology, engineering and maths will run over 13 days this October. 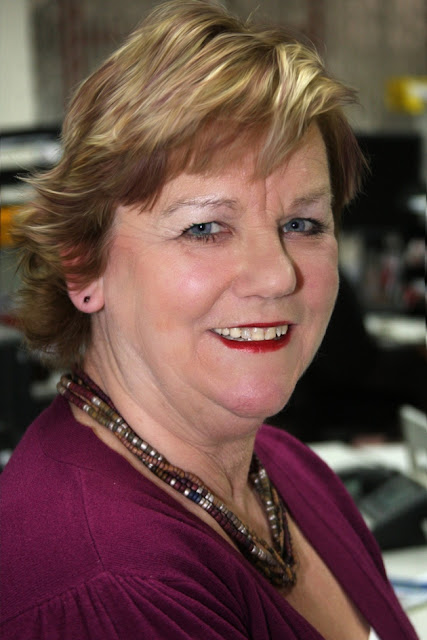 He said ‘perfect place for this type of festival’ – last year it had the support of 190 volunteers, many of them influential and with contacts all over the country. Each year they get at least one Fellow of the Royal Society to speak.
He added: “We could scale it up or down. If we are struggling, we can cut back, or next year there’s a big grant we can apply for. Our costs are currently about £12,000 but the Welcome Trust would want us to spend £20-30,000. We are exploring that.”
Mr Bramley said the core costs are paying for venues and insurance, and aggregation of the latter would be ‘wonderful’.
He said the organisers hope to grab national media attention, plus interest from hard-to-reach teenagers with a drone race. 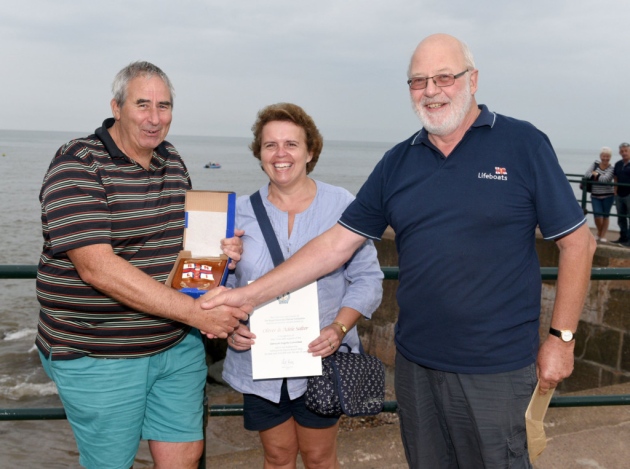 Oliver Salter, pictured with his wife Adele was presented with an award for his efforts fund raising for the RNLI after his years of involvement with the Sidmouth Regatta. Ref shs 8009-36-15KB. Picture: Kyle Baker

Councillor Louise Cole is one of the four organisers of Sea Fest, also in its fourth year.
“There are areas we could share resources, possibly with additional support from the council,” she said. “We don’t want to be competing for attention or funding – we can see what each event can do to promote other events.
“We don’t have someone just on social media. We just don’t have time to do it.”
She said it is a ‘crazy situation’ that the town council’s full £500 grant had to go on insurance and wondered if there was a more cost-effective alternative. 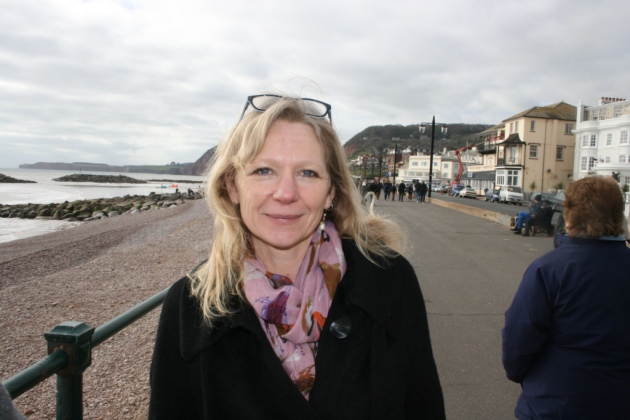 Representing the Sidmouth and East Devon Walking Festival, Ted Swan said: “We started in 2014 but it wasn’t until last year that it really took off. It’s taken three years to come of age. We’re looking to do something even better this September.”
He said one of the challenges organisers face is letting walkers know early enough in advance so they can get booked in – shops have been reluctant to put up posters over the Easter holiday.
Mr Swan said there was no shortage of volunteers as they can tap into the 500-strong East Devon Ramblers, who lead all the walks.
Di Bowerman said that after several committee members stepped down, there are just seven people putting together this year’s literary festival. Another challenge is posters being removed from noticed that constantly have to be replaced.
Addressing the grant-giving town council, Mrs Bowerman added: “Thank you again for backing the festival, which we believe makes a great contribution to Sidmouth’s cultural scene and helps to bring the community together, as well as attract visitors to the town.”
Neighbourhood Plan steering group chairman Deirdre Hounsom said the issues have been raised in production of the blueprint – and that enthusiasm needs to be maintained after it is finalised.
The town council could form a sub-committee to look at ways it can support the various festivals.