to be considered by the District Council

New information and perspectives are appearing on the controversial plans to halt erosion from the sea at Sidmouth:

The media reports on the meeting of the steering group a week ago:

The council has now announced that it will be considering more information on erosion.

Although, interestingly, the predictions in this report assume that no efforts will be made to reduce erosion:

“A report on University of Plymouth research, estimating future rates of coastal erosion in East Devon over the next 100 years, will be considered by the council’s Strategic Planning Committee on Tuesday 20th October.“:

It does not, however, take into account the protection that East Devon Beach Management Plan schemes currently in design will deliver.

The study suggests that parts of the coastline at Seaton, areas either side of Branscombe and East of the River Sid at Sidmouth may see more erosion than previously predicted. 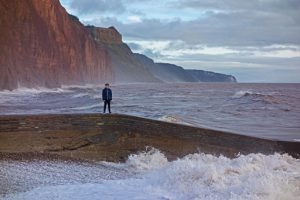 There are some quite dramatic scenarios presented in the report for this week:

And more here from other sources:

Erosion at Sidmouth in pictures – Vision Group for Sidmouth

There are some questions concerning the compilation of the report:

Meanwhile, the FAQs on the District Council’s website have been updated this week:

Sidmouth Beach Management Plan: Frequently Asked Questions – Why is using rock armour to protect the base of the cliff being ruled out? – East Devon