“Could be a huge economic and environmental boost for the South West.” 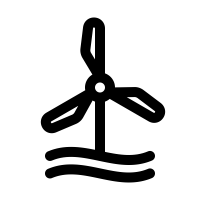 The PM has committed to offshore wind:

Speaking to the Conservative party conference, the PM announced £160m to upgrade ports and factories for building turbines to help the country “build back greener”. The plan aims to create 2,000 jobs in construction and support 60,000 more.

He said the UK would become “the world leader in clean wind energy”… “Your kettle, your washing machine, your cooker, your heating, your plug-in electric vehicle – the whole lot of them will get their juice cleanly and without guilt from the breezes that blow around these islands,” he said.

The Prime Minister’s windfarm pledge could be a huge economic and environmental boost for Cornwall and the South West, business leaders say. According to a report commissioned by the Cornwall and Isles of Scilly Local Enterprise Partnership (LEP), 1GW of floating offshore windfarms in the Celtic Sea could support 3,200 jobs in the South West and Wales and £682million of spend in the local supply chain by 2030, powering hundreds of thousands of homes.

It’s rumoured that Mr Johnson was prompted to make the recent flurry of green announcements after being embarrassed by the reaction to his derogatory comments about rare newts in a speech on planning. The big question now is what will nudge him to put finance and targets to the ideas in his green in tray

Climate: The week Boris Johnson turned green, or did he? – BBC News

MPs and industry leaders have welcomed the UK government’s £160m promise to power every home in the UK with offshore wind energy by 2030, saying it will create jobs and drive economic growth for the rest of the decade.

However, environmental groups have claimed the plan for wind power falls far short of the £48bn that analysts say is necessary and shadow business, energy and industrial strategy secretary Ed Miliband described the £160m funding as a drop in the ocean, claiming it paled in comparison to the investment by France and Germany in green jobs.

Boris Johnson’s conference boast of massively boosting Britain’s offshore wind power has been dismissed as “Tory fantasy” by trade unions fighting to keep industry jobs in the UK. Gary Cook of the GMB said the Prime Minister had to show “the colour of his money” if promises to make the UK the “Saudi Arabia of renewables” were to come true.

Last year, EDF awarded contracts for a significant portion of its windfarm supply chain to Indonesia, ignoring the opportunity to invest and develop local manufacturers in Fife, despite the windfarms being located just off its coast. The offshore wind sector has nonetheless set a target of 60% British content in windfarms by 2030, up from roughly 50% today. A more concerted effort from government and business alongside trade unions could help achieve that target while creating green jobs and supporting the clean growth of towns and cities across Britain’s coast.

More offshore wind is welcome, but we have to keep the jobs it creates in the UK | Climate change | The Guardian

Scientists have questioned Boris Johnson’s claims about the potential for wind turbines to meet the energy needs of homes by 2030… Jim Watson, professor of energy policy at UCL Institute of Sustainable Resources, said it was feasible that offshore wind could supply the equivalent of all the electricity consumed by homes by 2030, but replacing gas heating was more challenging.