A new report shows just how little public land is being used to solve the housing crisis. 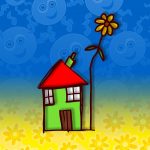 As the previous post has shown, councils have not been building council housing on their own land:

A new report out by the New Economics Foundation looks at how little building of social and affordable housing on council and public land is happening:

An opportunity to build genuinely affordable homes is slipping through our fingers.

After years of pressure from NEF, the National Audit Office, the Public Accounts Committee, the National Housing Federation and others, the government has finally told us what is happening to the public land they are selling from beneath our feet. It’s not good news.

For the last two years the government has resisted capturing and publishing data on how much affordable housing is being built on sold-off public land. Instead, NEF has done their homework for them — showing the public just how little public land is being used to solve the housing crisis.

Last year, based on planning documents from a sample of public land sales, NEF estimated that only 6% of homes built on land sold under the government’s disposal scheme were for social rent. But our analysis of new government data – the first to be released publicly by the Ministry of Housing, Communities and Local Government on the housing outcomes of its public land sale – suggests the proportion of homes for social rent is in fact less than half what we previously found.