Warning: dns_get_record(): An unexpected server failure occurred. in /homepages/28/d740365789/htdocs/clickandbuilds/VisionGroupforSidmouth/wp-content/plugins/zero-spam/modules/class-projecthoneypot.php on line 105
 Creating a nature recovery network for East Devon and the UK - Vision Group for Sidmouth
Skip to content
Contents

The District Council is determined to help improve biodiversity:

And following its meeting mid-week, there’s been a lot of enthusiastic reporting from the local media:

This is in spite of uncertainty about what ‘nature recovery’ is all about:

However, the council meeting also considered an exemplary project on the River Otter: 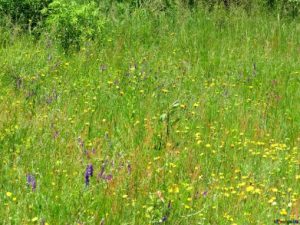 Meanwhile, the government has just made a commitment at the UN:

PM commits to protect 30% of UK land in boost for biodiversity – GOV.UK

There is indeed a lot to be done, as reported by Business Green:

However, green group The Wildlife Trusts has this morning contested the government’s figures and warned it should not underestimate the scale of the task required to meet its 30 per cent target. “[The pledge] is welcome but at Wildlife Trusts we estimate only five per cent of land is currently in good state for wildlife, so there’s a lot to do,” chief executive Craig Bennett tweeted this morning.

The group estimates that just 10 per cent of the UK’s land is protected for wildlife under the sites of special scientific interest (SSSIs) designation, and much of this land is in poor condition. The group has today launched a public appeal geared at raising £30m to start helping nature to recover “at least 30 per cent” of the UK’s land and sea by 2030.

Pressure on state actors to boost their nature conservation and protection efforts is building after a series of landmark reports from WWF, the UN, and a new documentary by Sir David Attenborough have laid bare the staggering rate of nature loss and nation states’ collective failure to meet the biodiversity targets set at the Convention of Biological Diversity in Aichi 10 years ago.

As such, Martin Harper, RSPB director of global conservation, today called on the UK government to enshrine its 30 per cent target into domestic law, warning the failure to meet the Aichi Biodiversity Targets, which were not legally binding, had demonstrated that “targets on paper won’t be enough”.

Biodiversity recovery: Boris Johnson pledges to protect 30 per cent of UK land by 2030