“While rural children are far more active, they don’t burn any more calories. They are considerably slimmer because they eat far less junk food.

Yesterday’s Telegraph looked at the alarming rise in obesity in children – and an alarming proposed way to deal with it (paywall):

The most obese neighbourhoods in Hull as city secures £270,000 to help tackle crisis – Hull Live

How has life changed for Manchester’s poorest children in 200 years? | Manchester | The Guardian

As also looked at earlier this year by the Nuffield Trust:

Obesity is a major public health problem, both internationally and within the UK. Being overweight or obese is associated with an increased risk of a number of common diseases and causes of premature death, including diabetes, cardiovascular disease and some cancers. The risk of poor health is strongly correlated with body mass index (BMI).

Evidence also suggests that obesity is associated with an increased risk of severe illness and death from the coronavirus (Covid-19). In July 2020, the government launched a campaign encouraging adults to lose weight and published Tackling obesity: empowering adults and children to live healthier lives, which outlined policies to support healthy eating and expand NHS weight management services.

Childhood obesity is associated with various health conditions, including asthma, early onset type 2 diabetes, and cardiovascular risk factors. Children who are obese are also more likely to suffer from mental health and behavioural problems. In addition, being an obese child can have long-term health consequences, as childhood obesity is a strong predictor of adult obesity.

In 2016, the government launched Childhood obesity: a plan for action, which set out a number of actions primarily focused on reducing sugar consumption and increasing physical activity among children. In June 2018, an update to the action plan was published, setting a national ambition to “halve childhood obesity and reduce the gap in obesity between children from the most and least deprived areas by 2030”.

Re: Covid-19 has made the obesity epidemic worse, but failed to ignite enough action: spotlight on children | The BMJ

However, as noted by a correspondent, further research into the broader causes of childhood obesity says it’s all about diet:

Rates of childhood obesity continue to soar, with around a third of all ten-year-olds in Britain now overweight or obese. This is tragic because if you’re overweight as a child, you’re far more likely to have problems as an adult. But which is the main culprit: junk food or too little exercise?

The rather surprising answer has emerged in a new study. Researchers from Baylor University in Waco, Texas, compared the activity levels and diets of rural children in Ecuador with those in nearby towns. They found that while the rural children were far more active, they didn’t burn any more calories. They were considerably slimmer because they ate far less junk food. 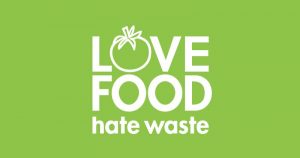 Over-eating can be seen as a form of food waste:

The fat of the land: Estimating the ecological costs of overeating: Overeating wastes far more food than we throw away, suggests research — ScienceDaily

With a fascinating and disturbing piece of science from 2019:

What about the food we don’t need to eat? The unhealthy stuff? The obesity-enhancing stuff? That’s a waste of food as well, at least, when we dare to extend our perspective on wasted food several steps further. Italian researchers Toti, Di Mattia and Serafini (2019) did exactly that, taking the food waste discussion to that next new level, by introducing the concept of Metabolic Food Waste. “The waste of resources and the unnecessary ecological cost due to an excessive consumption of foods leading to obesity have been ignored so far”, they say…  Europeans, together with Americans are the most obese inhabitants of our planets, contributing the biggest part of Global Metabolic Food Waste.

Toti, Di Mattia and Serafini (2019)’ established the solid argument that people who suffer from obesity are not only frequently presented as unhealthy, they are also wasting a lot of food by their consumption habits, much more than healthy people do. The researchers conclude: “Reducing metabolic food waste associated with obesity will contribute to reducing the ecological impact of unbalanced dietary patterns through an improvement of human health”.

It would help, then, if we taught cooking and nutrition at school:

Finally, what happened to a Devon County Council report’s recommendations back in 2008?

Because what we need is slow food, not fast food: