Meanwhile, the government’s targets “are not going to be achieved by magic. Surprisingly little has been done so far to deliver on them.”

There has been some discussion about the historic fabric of the city of Bath over the last couple of weeks:

A historic bus struggle for both green and comfort – Eminetra

Especially when it comes to its building stock – as reported in the Economist:

Bath is an extreme example of a trade-off faced by much of the country. Britain has the oldest housing stock in Europe, with one in five homes more than 100 years old. Period features are prized and often protected by law. Yet as efforts to cut carbon emissions intensify, they are clashing with attempts to preserve heritage.

Historic Bath’s struggle to be both green and pleasant

Although the issue is not limited to Bath:

How do I change the window glazing on my listed building? | Home | The Times (paywall)

A report has just been issued which might help:

Historic buildings can help tackle the climate crisis, according to a new report published today by Grosvenor Britain & Ireland.

Produced with a group of consultative partners including the National Trust, Historic England, Peabody, Southern Housing and The Crown Estate, and written with Donald Insall Associates, Heritage & Carbon argues for a decisive reformulation of planning policy in the run-up to COP26.

Around 500,000 buildings in England alone are protected by statutory listing and hundreds of thousands more are situated in conservation areas. They cover many building types from stately homes to public buildings, terraced streets and blocks of social housing.

The potential carbon savings from making these buildings more energy efficient could be vast. A study commissioned by Grosvenor estimates that fabric improvements to listed buildings in England and Wales, combined with unlisted historic dwellings in conservation areas, could deliver operational carbon savings equivalent to 5 per cent of the UK’s carbon emissions associated with all buildings in 2019. 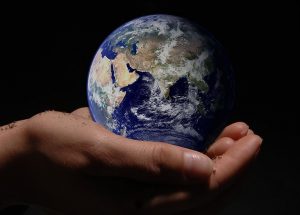 Meanwhile, yesterday, the Climate Change Committee was less than enthusiastic about the government’s efforts:

As reported by the wider media:

The UK government received its climate grades this week and didn’t pass with flying colours.

The UK has set the world’s most ambitious climate target for 2030, pledging to slash emissions by 57%, compared to 1990 levels. But CCC CEO Chris Stark said the government is not on track to meet this goal or its carbon budgets. “Targets are not going to be achieved by magic. Surprisingly little has been done so far to deliver on them,” he said.

UK, US still need to deliver on climate – Climate Weekly

And a key issue is housing:

Chris Stark, the chief executive of the CCC, said: “[The fall in emissions] is a real whopper. But progress is illusory. Government strategy [on cutting emissions] has been late and what has come has almost all been too little.”

The committee has made more than 200 recommendations to ministers, including: