How is the UK food system to play its part in mitigating climate change, improving our local environments, reducing pollution and improving biodiversity and soil health?

The assumption is that ‘local food production’ means lower carbon emissions, due to fewer food miles.

You want to reduce the carbon footprint of your food? Focus on what you eat, not whether your food is local | ourworldindata.org

Here’s a piece which questions that rather too-easy equation – but it’s very much in an attempt to “find some middle ground if we are to move forward” in the debate over the future of food production:

Why the beef with UK livestock? The need to distinguish between local and global scales in discussions on food sustainability 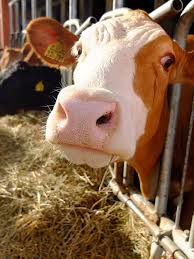 Food consumption is a topic under increasing scrutiny with almost all emerging publications on the climate crisis giving the topic time in the spotlight. The overarching consensus is that reducing individual consumption of animal products can pay dividends in fighting the global climate emergency. I want to be clear: I’m not here to dispute this. Are, however, the problems and solutions as simple as we are currently being told by environmental literature, the popular media and, increasingly, the public narrative?

We are at a crucial time in discussions on sustainable food and the debate is becoming increasingly polarised. This is understandable, with so many vested interests – whether they be social, ethical, economic or environmental – the future of food is an emotive topic. Sustainable food production, however, requires that farmers and consumers work collaboratively towards a better future and so we must find some middle ground if we are to move forward. This is perhaps where science can play a part. Research should be used as a tool to provide clarity on sustainable food systems and to inform decision-making for both producers and consumers. However, it must be robust and thorough so as to inform the debate without introducing bias. Interchanging between global and local statistics, if not done carefully, confuses the already messy narrative of sustainable food production.

When assessing local systems, instead of simplifying the debate we need to be asking more questions.  What is the agro-ecological context – how was this food produced and where? This part of the debate is often brushed under the carpet perhaps because the narrative is not as simple as “good food versus bad food”. Looking forward, the focus of the food debate must shift to look at the quality of food (and all food, not just animal-based products) in addition to the quantity consumed. Of course, this is difficult and complex, but it is necessary if the UK food system is to play its part in mitigating climate change, improving our local environments, reducing pollution and improving biodiversity and soil health.

Why the beef with UK livestock? The need to distinguish between local and global scales in discussions on food sustainability | fcrn.org.uk