“So, who are the real litter louts? There is only one candidate: not the consumers but the producers of the packaging who know exactly how fraudulent the whole business is.”

We don’t actually recycle that much:

Who is to blame for the low recycling rates? – Vision Group for Sidmouth

There’s a problem with much of the equipment and questions around contracts:

East Devon’s new recycling plant: what it can and cannot do – Vision Group for Sidmouth

But the government is keen to do what it can:

To a large extent, however, most of the ‘recycling’ business is a fraud:

There is the actual invention of the idea of ‘litter’ – to cast responsibility for packaging pollution onto the consumer rather than the producer.

Which produced the most successful advertising campaign ever:

An Excerpt from Seeing Green: The Use and Abuse of American Environmental Images by Finis Dunaway

Futures Forum: Plastic pollution and the invention of ‘litter’ > or, how the packaging industry avoided responsibility for creating the problem in the first place

Stewart Dakers writes in today’s Spectator – and makes pretty much the same points, as these excerpts show: 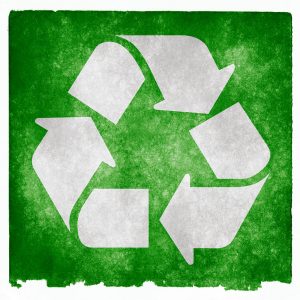 The fraudulent business of recycling

I am a litter picker. No, not one of those high-minded volunteers who have proliferated of late with litter-picking sticks and black bags, but a professional: I am paid to empty the bins and collect the debris left by the public in a small park in Middle England. And I’m angry, not with the great British public who leave the stuff but with the real litter louts who are the root cause of the problem…

It is true there have been some new arrangements for specialised recycling but there are two major drawbacks. First, the means by which the contaminating elements are removed produces more carbon emissions through hyper heat than would be emitted by the methane of landfill. Second, the level of public collaboration and inconvenience required by ‘refund’ systems are utterly unrealistic. This suggests that industry’s heart is not in it, a verdict reinforced by the use of the green triangle, which misleads the public into believing the company recycles, when all it means is that it has contributed financially to recycling protocols…

So, who are the real litter louts? There is only one candidate: not the consumers but the producers of the packaging who know exactly how fraudulent the whole business is.

Surely a species capable of placing buggies on other planets should be able to devise materials and technology that render all packaging recyclable? Equally, that same species which has used its governance systems to require all its citizens to wear masks and isolate themselves for the past year should be able to make this mandatory. Until that happens, for me to encourage my public to recycle their rubbish would be an act of deceit.

The fraudulent business of recycling | The Spectator