Now the season of excess is over, we might need an excuse to cut down a bit. And this might also help the planet too, as reported in the i newspaper: 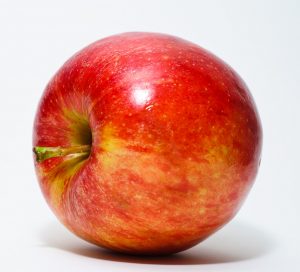 Obesity is accelerating climate change by significantly increasing the amount of greenhouse gases generated by food and transport, a new study has found. The carbon footprint of people with obesity is 20 per cent higher than it would be if they were a typical weight for their build, researchers say. Researchers have found that the excess weight associated with obesity significantly increases the amount of food a person eats and the volume of fossil fuels needed to transport them – both of which produce greenhouse gases.

Obesity also increases the amount of carbon dioxide a person’s body produces, compared to their “normal-weight state”, as the metabolic process of breaking down food into energy and body building blocks such as proteins and carbohydrates becomes bigger.

As a result, obesity has pushed up the UK’s carbon footprint by 2.9 per cent, or 16 million tonnes a year, according to the study, published in the journal Obesity. The increase in the UK is much higher than the global average, with obesity contributing 1.6 per cent of worldwide greenhouse gas emissions, amounting to 700 million tonnes in total.

“Our analysis showed that managing obesity would not only be good for people’s health it could also be good for the environment as well,” said Faidon Magkos, of the University of Copenhagen.

The NHS looked at a study earlier this year:

And at the beginning of the year, the Food Climate Research Network, based at Oxford University, looked at how three factors are inextricably connected:

This report from The Lancet Commission identifies the drivers behind what it terms ‘The Global Syndemic’, i.e. co-occurring pandemics, of obesity, undernutrition and climate change. The report finds that no country has successfully reversed its epidemic of obesity because the underlying causes have not been solved.