Two years ago, the project to return much of the lower Otter River to some sort of natural habitat was launched:

This will mean that the local cricket pavillion and grounds will have to move – but for some time now, they have been subject to regular flooding anyway: 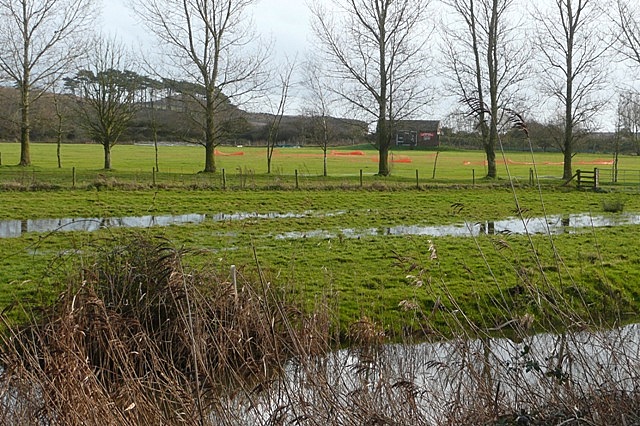 Budleigh Salterton Cricket Club are set to relocate after nearly a 100 years at their Ottermouth home.

The club hope to move to Janie’s Field on the outskirts of the town, as their current  home will be lost as part of a £9m scheme to help restore the River Otter and to help avoid a ‘catastrophic breach’ of the failing 200-year-old sea defences.

The Lower Otter Restoration Project is investigating the possibility of restoring the estuary to a more natural state, reducing the impact of climate change while creating new habitats for wildlife and improving water quality.

Last year, the Environment Agency confirmed its commitment to the Lower Otter Restoration Project while applications for funding grants are made, meaning work to manage the estuary can press ahead and avoid delays on delivering the scheme.

The preferred option, for the project, led by landowner Clinton Devon Estates and the Environment Agency, would see the Big and Little Marsh floodplain restored.