The largest ever roads expenditure programme the UK has ever seen will increase traffic and COs emissions.

The numbers of HGVs can’t be reduced in Sidford and Sidbury as yet – until they increase even more after the building of an industrial estate:

As has been pointed out, though, if they don’t go through this part of East Devon, they’ll have to go through another:

What’s more, if you build more roads to accommodate the increased traffic… it increases traffic – as in this report from Los Angeles:

But this can happen anywhere – and it’s called ‘induced demand’;

When a new road is built, new traffic will divert onto it. Many people may make new trips they would otherwise not make, and will travel longer distances just because of the presence of the new road. This well-known and long-established effect is known as ‘induced traffic’:

Induced demand – related to latent demand and generated demand[1] – is the phenomenon that after supply increases, and there is sufficient demand, price declines and more of a good is consumed. This is entirely consistent with the economic theory of supply and demand; however, this idea has become important in the debate over the expansion of transportation systems, and is often used as an argument against increasing roadway traffic capacity as a cure for congestion. This phenomenon, more correctly called “induced traffic” or consumption of road capacity, may be a contributing factor to urban sprawl. City planner Jeff Speck has called induced demand “the great intellectual black hole in city planning, the one professional certainty that everyone thoughtful seems to acknowledge, yet almost no one is willing to act upon.”[2] The intellectual black hole may exist because too little attention is given to economic theory and of imprecision in terminology. 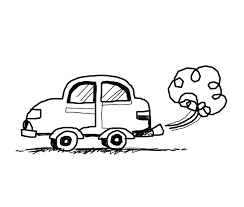 And yet, we are going to get more roads:

And the road-building lobby is of course very happy:

Boris Johnson has pledged to ‘build, build, build’ under a ‘new deal’ that will accelerate roads and wider infrastructure spending and bring forward an initial £5bn for the first stage of COVID-19 recovery.

However, another issue, besides the elusive ‘relieving congestion’, is ‘reducing carbon emissions’ – and with this conundrum, you cannot have your cake and eat it.

As reported by the BBC last week:

With a summary here:

The UK has big plans for electric vehicles. It aims to phase out of sales of all fossil fuel-run cars by 2035 in an effort to lower carbon pollution. But there’s another source of emissions that could wipe out most of the gains: new roads.

Earlier this year, researchers found that the shift to all-electric vehicles would cut the UK’s emissions by more than 10%. According to a new report from Transport for Quality of Life, though, 80% of that reduction will be negated by the emissions from the country’s multi-billion dollar roads program. The lessons from the report aren’t just for the UK but any country looking to reduce its transportation emissions.

The UK’s Road Investment Strategy 2 commits the country to investing $30.5 billion into constructing new roads over the next five years. It’s been billed as the largest ever roads expenditure program the country has ever seen, but it could undo climate progress. Using data from the government-owned firm Highways England, the report estimates that one third of the predicted road-building emissions would come from construction, including producing the steel, concrete and asphalt used. Building and construction are responsible for 39% of all global carbon emissions. Another third would come from the increased vehicle speeds on roads with higher speed limits. Driving faster emits more carbon because speed puts more strain on engine and can contribute to aerodynamic inefficiencies.

Interestingly, just before lockdown in March, the BBC carried another report looking at our over-reliance on the car:

How our daily travel harms the planet – BBC Future

Maybe after lockdown, with Working From Home, there will be less of a need to do the daily commute, by car or otherwise:

Your daily commute won’t ever be the same | nationalgeographic.com