The “cycling and walking revolution”.

Do we have space for segregated lanes on our historic road network or will tough decisions have to be made to close some roads to traffic altogether?

What puts people off getting on their bikes is the perception that it is too dangerous to ride on the road.

The most efficient way to achieve the changes would have been to give the pre-existing bodies the necessary funding. 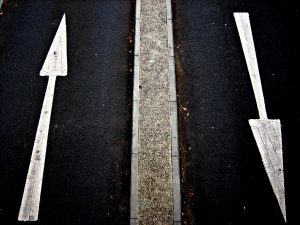 There has been some investigative journalism going on from the Exeter Observer:

As covered on these news pages:

The County Council has countered with a piece on Devon Live today:

Nationally, there have been similar debates as to the seriousness of measures to encourage cycling and walking, following on from the government’s latest announcement:

There has been some enthusiasm:

But how long will these lanes take to build? Do we have space for segregated lanes on our historic road network or will tough decisions have to be made to close some roads to traffic altogether? How about more car-free days to let people taste the freedom and sense of community that arises when our roads are not dominated by motorised transport. And how do we stop dangerous drivers in the meantime to prevent cycling casualties?

A survey released on today’s Cycle to Work Day has found that in post-coronavirus Britain, cycling is set to overtake public transport as a preferred choice of commuting, with the percentage of people who say they plan to get to their jobs by bike doubling.

The survey, from law firm Irwin Mitchell, has also underlined what any number of previous polls over the years have established – there is a big demand for cycling as a way of getting to work, but what puts people off getting on their bikes is the perception that it is too dangerous to ride on the road.

The New Statesman is not sure about the promised ‘revolution’:

If the government really wants a cycling revolution, it needs to do a lot more to ensure that there are safe and well-signposted routes to choose from, which preferably won’t unexpectedly steer you into a lamp post.

And the letters pages in the Guardian are really rather dismissive:

The most efficient way to achieve the changes allegedly required would have been to give these pre-existing bodies the necessary funding. But that wouldn’t have created any headlines. That would have meant giving money to local authorities. That would mean loss of central control. Can’t be having that.

Set up a zingy new body, with an exciting new logo and charismatic head, and all that will result is much of the money going to chief executives, logo designers and renters of office space. Having yet another body designing for our public realm will merely add confusion.

There’s been a bit of a backlash, though, as we jostle for who can use the roads: