Five entries have been shortlisted – and one of them is from a local author:
Futures Forum: Port Royal: Envisioning the Ham Sidmouth >>> new book and local entry to architecture competition

All five entries are now on show at Kennaway House until Tuesday 12th July
– and here are some photos from the exhibition just received: 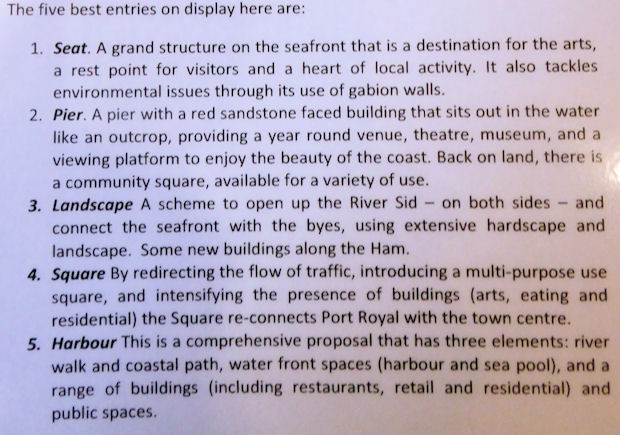 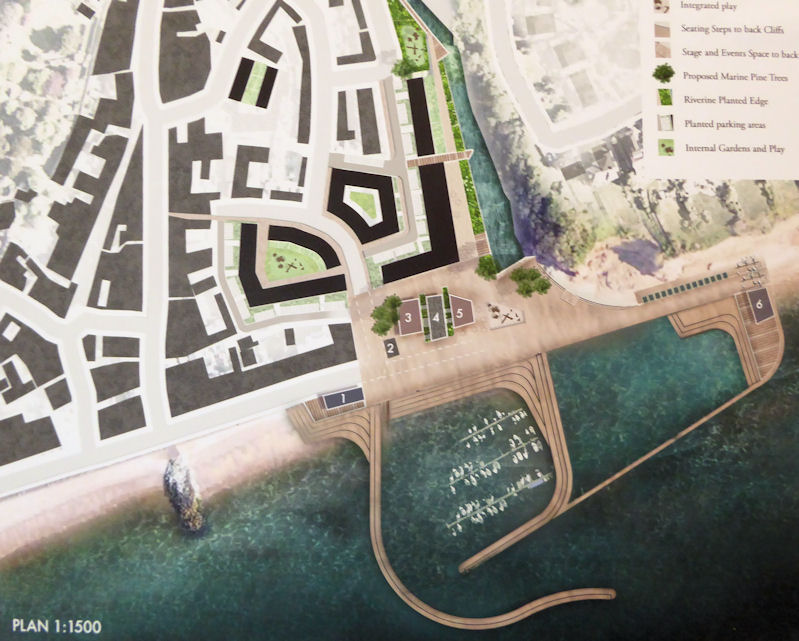 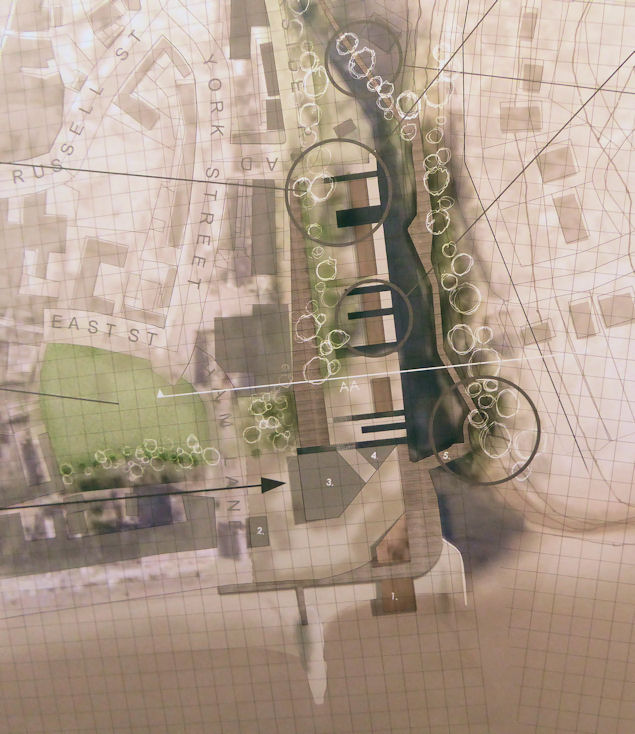 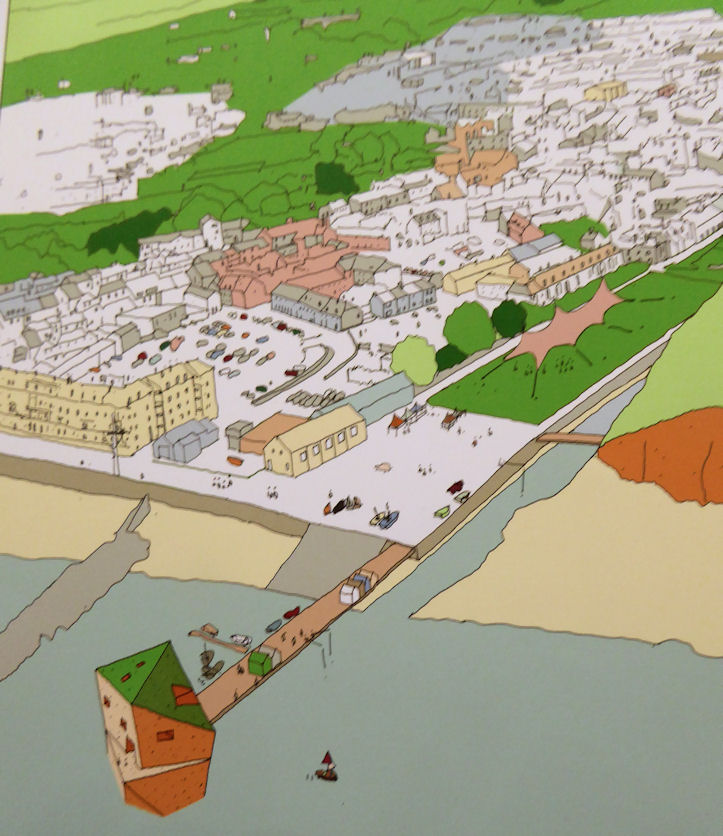 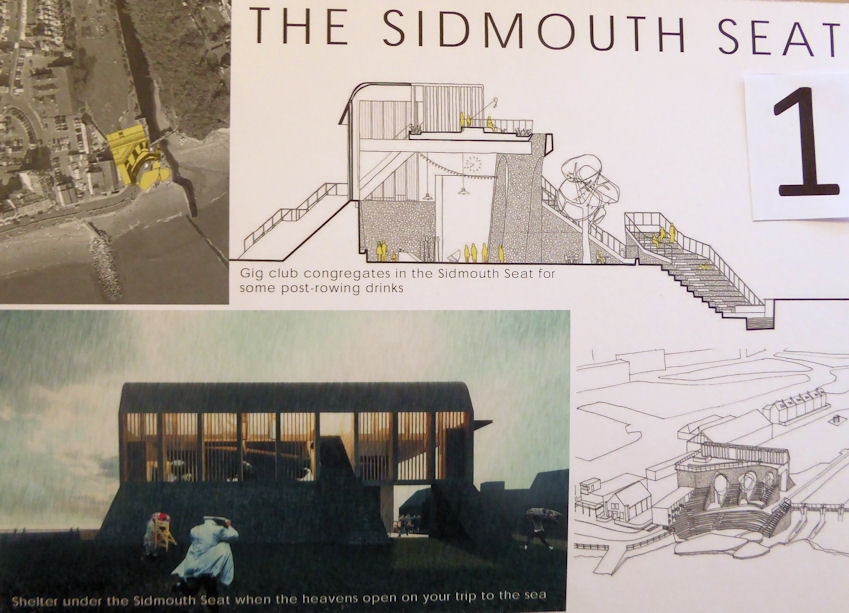 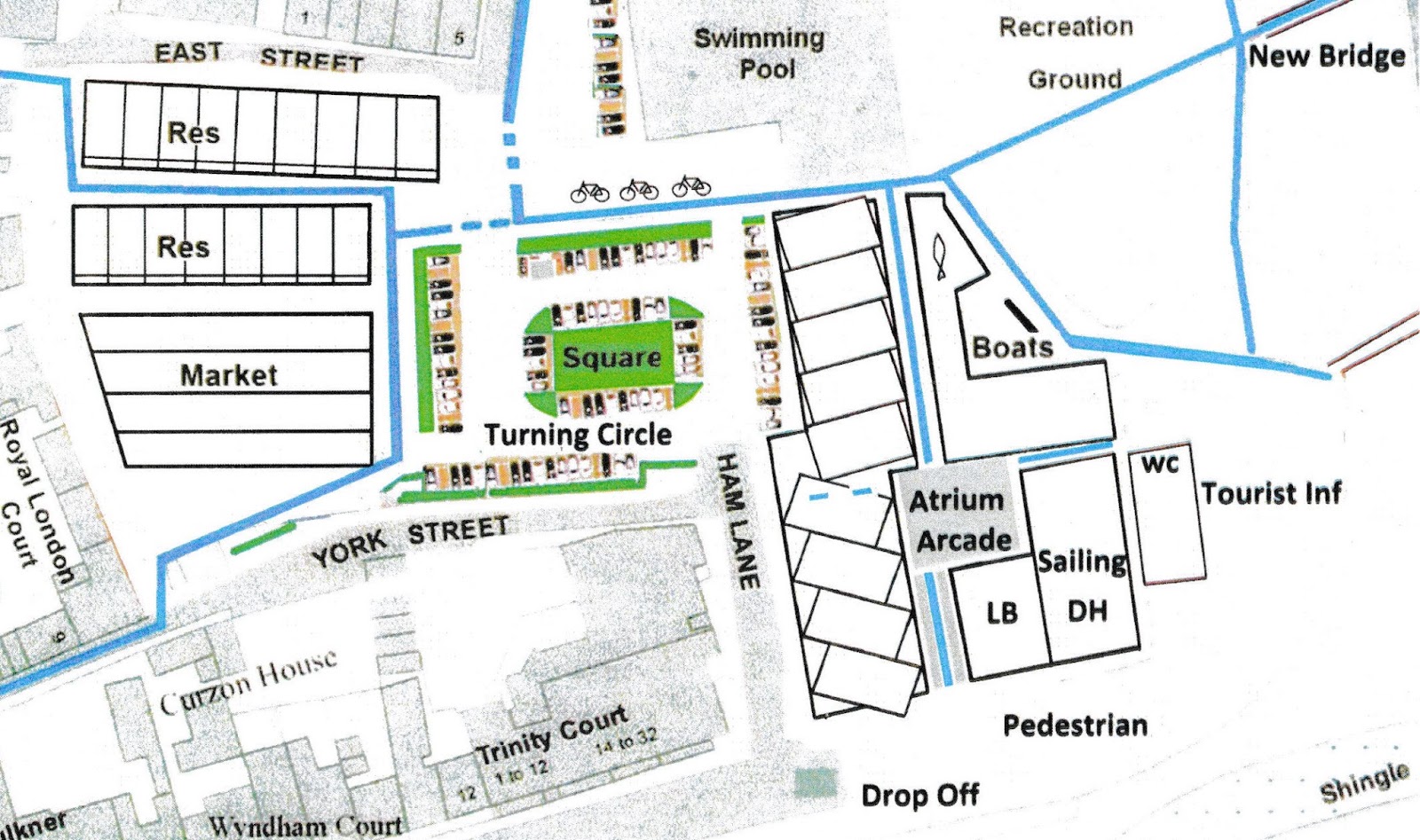 The current thread on Streetlife has put the competition in the context of the emerging neighbourhood plan:

Architectural competition for eastern town and Port Royal–Time to choose!

Jackie G a day ago in Sidmouth

Posters around town say, ‘You are invited to vote to select the winner of the competition.  A judging panel of experts and local people have whittled down the entries to a shortlist of 5, but the final choice is yours.’
The five finalists are all very different, and some with a definite the Wow factor! They’re on display in Kennaway House, in the first room on the right at the top of the stairs to main entrance). .It’s open Mon-Fri 10h00-4.30pm and sometimes at weekends too). Simply pick your favourite (they’re numbered 1 to 5) , and cast your vote in the box provided, BY TUESDAY JULY 12th 2016.

Real Sidmouthiana day ago
This is the ‘Just for fun’ competition?

Remains to be seen, RS. Opens up the possiblities. Developers watch these things, so who knows? Strongly recommend people to pop in to Kennaway House and have a look. As EDDC and the Town Council said, it could be “part of the mix” , so do cast a vote while you’re there.

Seeing as the development boundary for this competition covers a vast area outside that in public ownership, you had better tell all those people living to the east of the river and much of Ham lane their homes might be demolished then! I’ll certainly be voting for a bit of fun.

Matthew B11 hours ago

in the meantime do not forget to take the Sidmouth Neighbourhood Plan questionnaire which can be completed online at https://www.surveymonkey.co.uk/r/NL6WTGR

it would be good to see the NP questionnaire being promoted alongside the competition by all those involved. The Neighbourhood Plan will have genuine statutory powers that the community will be able to use to decide on future developments in the town.

Is it available to view online? I am away from Sidmouth at the moment.

Can a neighbourhood plan stop development from happening in the area?

So, Peter and Matt, does the neighbourhood plan give statutory powers in relation to planning decisions or not?

Matthew B7 hours ago

Yes and no. A Neighbourhood Plan can not override a Local Plan in terms of what might be set out in an adopted Local Plan – e.g. 50 houses at Knowle – but it can predetermine development within a town if it does not directly conflict with the Local Plan.

The statutory element comes in once the NP is approved and adopted. If the local community and council accept and adopt a Neighbourhood Plan then developments in the area will need to conform to it and be judged by it.

So, if in this instance an architectural competition has been set up for Eastern Town then if the objectives of that plan align with the approved objectives of the Neighbourhood Plan then (putting the issue of land ownership within the footprint of the competition to one side for the moment) they have a much greater chance of attracting the right developers. Which potentially can only be a good thing for the town. But the development can not override what is in the Local Plan and must conform to that as a priority.

Matt has got it spot on, some people I have talked to thought that this would overide the Local Plan, but what it can do is enhance it.

Glad to see you are both in agreement. Thanks for the clarification Matt.

Our local MP has some interesting ideas too:
Futures Forum: Plans for Port Royal and the Eastern Town >>> “a wrap-around car park, weaved between starter flats”