… a sense of connection to the coastal environment and fishing heritage

… and looking after our Marine Protected Areas

The Marine Management Organisatoin is looking to recruit several members to the Devon & Severn Inshore Fisheries and Conservation Authority (IFCA).

There are 10 IFCAs around the English coastline with responsibility for sustainably managing sea fisheries and conservation within 6 nautical miles from shore. They have the power to make byelaws to protect resources and the environment in their area as well as also enforcing national and European fisheries legislation.

Exciting opportunity in inshore fisheries and conservation management in the Devon and Severn district – GOV.UK

Conversely, as reported by Cornwall Live earlier last year, the Devon & Severn Inshore Fisheries and Conservation Authority will have their work cut out:

Beaches near Cornwall and Devon’s designated marine protected areas (MPAs) are among the most polluted in the UK, a new scientific study has revealed.

Research by the University of Exeter, Natural England and the Marine Conservation Society found that while beaches in or near England’s MPAs have the same levels of litter as those in unprotected areas, those in Cornwall, Devon and in Kent had some of the highest levels of shore-based litter.

Beaches in Cornwall and Devon among most polluted in UK, new study finds – Cornwall Live

We’ve released our Marine unProtected Areas report which found that bottom trawling is taking place in a worrying 98% of the UK’s offshore Marine Protected Areas designed to protect the seabed. As a result of the report, and the yearlong research which informed it, we’re calling for a ban on bottom trawling in these protected areas.

Bottom trawling is a method of fishing that can damage the seabed, kill animals and plants, and release carbon from the seafloor which can enter our atmosphere and contribute to climate change.

Our MPA Reality Check website shows you where England’s Marine Protected Areas are, and what’s happening to them.

As reported in these pages earlier this week:

What’s impressive, however, is the variety and scope of organisations devoted to marine conservation.

Here’s another report just out, commissioned by the Ocean Conservation Trust and Defra to study the link between ocean literacy and behaviour change, with policy recommendations on how this relationship can be improved in the future: 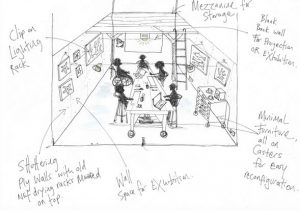 And in Sidmouth, there’s a very solid project happening to stimulate our ocean literacy:

The Fishermen’s Shed Space is being repurposed with integrity and a warm heart, a sense of connection to the coastal environment and fishing heritage…