In an open letter to The Lancet Planetary Health journal on Wednesday, a group of scientists declared that “Countries should be looking for peak livestock within the next 10 years:” 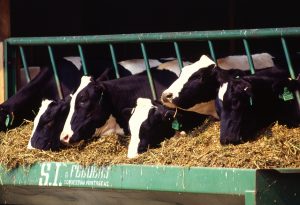 The Agriculture and Horticulture Development Board (AHDB) responds:

A group of 50 scientists from around the world penned a letter to academic journal Lancet Planetary Health urging global nations to “declare a timeframe for peak livestock” after which production would not increase.

But their argument rests on the false premise that increased production means more animals, equating to increased carbon emissions.

In fact, genetic improvements and management efficiencies mean flock and herd numbers have not risen in direct proportion to production.

At UK level, production increased by four per cent for meat, eggs and milk from 1990 to 2017. But in the same period, greenhouse gas emissions for these foodstuffs dropped by 20 per cent.