Questions around the climate impact of the proposed expansion of Bristol Airport.

Should we be encouraged to take the train rather than the plane – at least for domestic journeys?

“Will the daily commute … still be needed now that Covid has taught us all to video conference?”

Travelling by air or rail from Exeter – Vision Group for Sidmouth

We are certainly looking differently at travel over one year on:

The burghers of Bristol certainly think so,

The council are now opposed to Bristol Airport expansion despite previous support. But what does that mean for the plans? – The Bristol Cable.

And yet Bristol Airport has other ideas:

And much of it’s about PR:

Bristol Airport has been accused of ‘greenwashing’ after announcing it would become the first net zero airport in the UK by 2030.

The airport’s net zero commitments covered the airfield, buildings and vehicle fleet, and received praise by Bristol Mayor Marvin Rees. But Mike Bell, the Deputy Leader of North Somerset Council, said: “Talk about greenwashing. Yet at the same time as this photo opp, they want to increase the number of passengers by another four million, with more cars, more parking and more planes. If they withdrew their expansion plans the rhetoric would be more convincing.”

The Bristol Briefing: Bristol ‘once again at critical point in the pandemic’ – The Bristol Cable 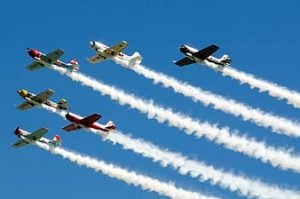 But perhaps the trends are against flying anyway:

Covid-19 has caused people to reconsider how much they will fly in future, according to new research by the University of Bristol.

The study by the Cabot Institute for Environment found that six out of 10 survey respondents said they would fly less in future even after they were vaccinated, with the impact on the climate crisis and the risk of getting Covid-19 playing an equally important role in their decision…

Bristol Airport has lodged an appeal with the Planning Inspectorate, after its expansion plans were scuppered in February 2020 when North Somerset Council blocked its planning application. If Bristol Airport succeeds in reversing the decision, an extra 2 million passengers a year are expected to pass through the airport.

Research released last month by think tank the New Economics Foundation (NEF) claimed that the climate impact of the expansion could be up to six times worse than the airport’s own estimates previously claimed. The planning inquiry starts in late July and is expected to conclude in October…

Lead researcher Dr Ed Atkins, who is also a member of the Bristol Advisory Committee on Climate Change, said, “Everyone we spoke to was aware of how their flying or flying generally emitted greenhouse gases and exacerbated the climate emergency. Covid-19 provided that moment where people stopped and had the opportunity to discuss their flying in the future.”

Another hot topic was how cheap it is to fly within the UK compared to getting the train. Only last week, environmental campaigners criticised easyJet’s announcement of 12 new domestic UK flight routes for journeys shorter than 200 miles for as little as £22.99. Almost one in five flights from Bristol Airport in 2019 were domestic passenger flights – a total of nearly 12,000, according to data from the Civil Aviation Authority.

In France, the government has predicted a bailout for airlines following a ban on domestic flights when the equivalent train journey would be 2.5 hours or less. “That shows the way states can act,” Atkins said. “Domestic flights are hugely polluting and unnecessary, especially if there’s alternatives available.”

Covid-19 has made us reconsider how much we will fly in future, research suggests – The Bristol Cable