from East Devon and New York

For the last few days, the VGS’s social medial has been re-posting pieces on Climate Week – all with a perspective from these parts. 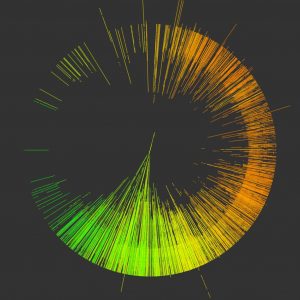 Last week the UK’s Secretary of State for Business, Energy and Industrial Strategy announced a series of new climate commitments at the launch of Climate Week NYC, which ran alongside the UN General Assembly:

And here the BBC gives an account of those strategies and commitments:

As for what was actually achieved during Climate Week itself, “with in-person events still on hold due to the coronavirus, Climate Week NYC events moved online last week, making tougher to track the big news. Afraid you may have missed something?”

This morning, the ‘Triple Pundit’ business news website allows us to “catch up on the biggest, boldest announcements from businesses, investors and policymakers worldwide”.

Here are just a couple of highlights:

All the Big News From Climate Week — In One Place

Companies often leverage Climate Week to promote the launch of their new goals, targets and trajectories — and this year was no exception. Among this year’s announcements: Walmart says it will target net-zero emissions by 2040 without relying on carbon offsets, and PepsiCo, Intel, Asics, Velux Group, Sanofi and SKF are eyeing 100 percent renewable energy.

The We Mean Business coalition, a climate action collaborative including more than 1,300 companies with a market capitalization of nearly $25 trillion, launched a new guide for credible corporate climate leadership in the 2020s — including guidelines for progress measurement and disclosure, supply chain engagement, and policy advocacy.

Much of the big Climate Week news this year came from national and sub-national governments. Among the standouts: China pledged to reach peak emissions by 2030 and achieve carbon neutrality by 2060. To the west, South Korea unveiled its Green New Deal proposal, which includes a pledge to achieve net-zero carbon emissions by 2050.

All the Big News From Climate Week — In One Place