“The dramatically falling costs of renewables are now a political, a media, and conversational cliché.”

There are several questions around wind energy.

One is whether wind turbines ‘kill birds’:

And yet the RSPB think they are a good thing:

Another question concerns the pollution they create:

What do we do with old wind-turbine blades? – Vision Group for Sidmouth

The industry is clearly embarrassed and wants to do something about it:

A further question is how much wind turbines disfigure the landscape:

Futures Forum: The aesthetics of development: power plants and windfarms

But there are plenty of other ‘technologies’ which are perhaps more of a “blight on our green and pleasant land”:

A blight on this pleasant land | Daily Mail Online

Another day, another ancient tree felled: 300-year-old Hunningham Oak near Leamington is knocked down to make way for HS2 | Leamington Courier

The question has arisen once again as to whether wind energy is really that ‘cheap’ after all:

The Costs of Offshore Wind Power: Blindness and Insight – Briefings For Britain  2020

The author of the piece, Prof Gordon Hughes of the University of Edinburgh, has written other papers on the issue over the years – firstly, looking at the lifespan of wind turbines:

By 10 years of age the contribution of an average UK wind farm to meeting electricity demand has declined by a third.

Turbines: how old is too old? – PES – Power & Energy Solutions

Whilst it is obvious that any technology will decrease in efficiency over time, the figures are hotly disputed.

One study puts the figures much lower:

This level of degradation reduces a wind farm’s output by 12% over a twenty year lifetime, increasing the levelised cost of electricity by 9%.

How does wind farm performance decline with age? – ScienceDirect (June 2014) 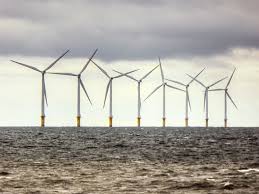 And there are several other studies which have questioned the science behind Prof Hughes, including this:

Another nail in the coffin of econometrics: Gordon Hughes and the abuse of statistics | by Abundance | Abundance Blog 2013

And more from the same author:

With this very critical look at the statistics:

And finally this from the Department of Energy and Climate Change:

“Britain’s oldest commercial turbines at Delabole in Cornwall have only recently been replaced after 20 years of operation, and the technology has come on in leaps and bounds since that project started generating in 1991.”

Which has a lot of interesting history:

Now Prof Hughes is questioning the cost of wind turbines, in a piece out this week, as mentioned above:

In this important contribution to our series on post-Brexit Britain Professor Gordon Hughes and Dr John Constable take on the entire green energy movement in arguing that the widespread view about the falling costs of renewable energy is wrong. They view official government projections of energy costs and hence prices as disgracefully inaccurate. Energy costs will be an important element in the UK’s future economic competitiveness and, if the authors are correct, energy prices are in for huge price rises.

The dramatically falling costs of renewables are now a political, a media, and conversational cliché. However, the claim is demonstrably false. Audited accounts show that far from getting cheaper, wind power is actually becoming more expensive. The failure of the British civil service to detect this fact and, hence, to protect the consumer and taxpayer from the consequences of the looming failure of the renewables sector raises important questions about the analytic competence of the Whitehall machine.

The Costs of Offshore Wind Power: Blindness and Insight – Briefings For Britain

There is, however, a huge amount of data which seemingly contradicts this:

The cost of energy generated by offshore wind power

Irena: costs have fallen by onshore wind energy at 40% and offshore wind power at 29% | REVE News of the wind sector in Spain and in the world  2020

Finally, not without some irony, China too has a particular agenda:

China’s President Xi Jinping stunned climate action observers in a speech at the United Nations general assembly last week with a pledge to reach “peak carbon” before 2030, and drive down emissions to virtually zero by 2060. The pledge from the world’s biggest climate polluter is considered by environmentalists to be the most important step in tackling the climate crisis since the Paris Climate Agreement

As the world’s largest consumer of coal and the second largest consumer of oil – behind the US – China produces more than a quarter of the world’s annual carbon emissions… It sends a pointed geopolitical message to the US, now the only major polluting country which has yet to set a target to end its contribution to the climate crisis and coming as the US president, Donald Trump, prepares to pull out of the Paris Climate Agreement in November.