… contradictions, alternatives and trying to square the circle

It’s all steam ahead for one of the UK’s biggest infrastructure projects:

The North has been sending out conflicting messages over HS2:

But London is running out of cash:

Meanwhile, voices in the South West continue to demand their bit of mega-infrastructure:

However, there are real questions as to whether such projects will create more emissions than they will save:

There’s controversy over emissions from HS2 – the planned high-speed railway linking cities in the north and the Midlands with London. A previous report said it wouldn’t reduce CO2 overall for more than 100 years, largely because of the emissions created during tunnelling and construction. HS2 says that forecast is out of date – and points to measures it has taken to reduce construction emissions by using less steel to do the same job. … HS2’s environment director Peter Miller said: “HS2 is playing a crucial role in supporting the green economic recovery and ensuring the UK is on track to achieve net-zero by 2050.” … Greens don’t trust the revised CO2 figures, and say the £100bn cost of HS2 could have been spent better on more effective climate policies.

The UK prime minister Boris Johnson has announced a long-awaited “10-point plan” laying out measures to scale up the nation’s climate ambition.

BBC News’s energy and environment analyst Roger Harrabin said the “total amount of new money announced in the package is a 25th of the projected £100bn cost of high-speed rail, HS2”.

So then, the UK government has promised big:

However, there are questions about its effectiveness:

It is late and riddled with holes. But UK prime minister Boris Johnson’s 10-point climate plan is still the first big step towards meeting the country’s target of net-zero emissions by 2050 since it was set last year. Johnson claims the plan’s wide-ranging technological fixes amount to a “green industrial revolution” – but is it enough? In general, the plan’s most obvious shortcoming is money. The 10 points amount to £12 billion of funding in total, but only £4 billion of that is new. The UK government is spending at least £210 billion on covid-19 and £27 billion on road-building in England alone over five years. Caterina Brandmayr at the Green Alliance think tank in London says the funding for walking, cycling and public transport is £9.3 billion short of what is needed for net zero.

And indeed, it’s the government’s road-building plan which looks increasingly out of place.

The carbon impact of the national roads programme FINAL.pdf

And here’s a report from a court case from yesterday:

The Guardian has more:

The first sign that the government was in serious trouble over the long-mooted expansion of Heathrow airport came in a little-noticed letter from the Department for Transport in May 2019. In it, a government official acknowledged for the first time that the UK’s obligations under the Paris agreement, and its carbon budgets, would have to be taken into account in infrastructure planning decisions.
There were many further twists in the Heathrow story, but the central point that major infrastructure planning decisions need to take account of the UK’s legally binding obligations on the climate has been affirmed.
Campaigners now want to use the same argument to force a review of the government’s £27bn roadbuilding scheme, which they say would bust the UK’s carbon target and is incompatible with the obligation to reach net zero emissions by 2050, enshrined in law in June 2019.

To finish, here’s a positive look at the governement’s plans:

Finally, it’s important to highlight that the infrastructure sector is responsible for over half of the UK carbon emissions. To reduce this contribution to climate change, a lead can be taken from organisations such as Anglian Water and HS2, where ambitious targets and best practice carbon management techniques have been deployed to reduce emissions. Whilst we may not have all the answers to the challenges of assessing and appraising projects, there is clear scope for improvement through additional clarity and carbon management best practice.

The Transition to a Zero-Carbon Society | WSP 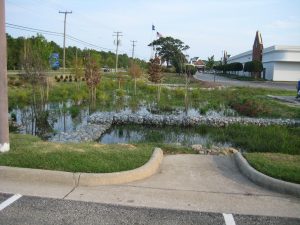 But there are alternatives:

How to Develop a green infrastructure strategy.pdf

And so to Devon, where it’s clear that ‘infrastructure’ can be a lot cheaper and a lot less about grand posturing:

Guiding principle 8: Responding to climate change
Protect, manage and plan green infrastructure to help build resilience to the predicted effects of climate change and mitigate against its extreme global impacts, by:

Why this is important for Devon and beyond?
There is global recognition of the urgent need to do something to address climate change. The Climate Change Act (2008) sets in place legally binding carbon emission reduction targets for the UK as part of the UK Government’s move towards a Low Carbon Economy.

Finally, a note of caution: