Does nature have a ‘use’?

Futures Forum: “Environment is a key part in the fabric of economy”

In 2017, the independent Natural Capital Committee released its ‘Environment Plan’:

It’s certainly an idea being discussed in these parts:

And it’s an idea which is being discussed far and wide:

The New Economics Foundation looks at the arguments for and against such an approach:

WHO HAS THE POWER TO RESTORE NATURE?

The UK’s 25 year environment plan — to lead the world in the ​‘natural capital approach’ — contains many bold statements about the capacity of this approach to produce positive change for nature. One aim is for an ​‘overall improvement’ in the health of the environment and to improve environmental decisions by ​‘emphasising the value of the benefits the environment provides to people.’

But will this really be effective in reducing our impact on nature? Will it bring about transformation quickly enough? Does it put key questions of power and equity at the forefront of the approach? While the natural capital approach provides important information on the health of the environment, there needs to be a reality check: by failing to account for who has power in society, the natural capital approach contains a critical flaw.

The recent UN report confirms what Extinction Rebellion and the climate strikers have been telling the world: biodiversity and natural habitats are being lost at a rate never seen before in human history. This has been clear for decades and is now unequivocal. Today the Climate Coalition leads a mass lobby for climate and the environment, the key message being ​‘The Time is Now’ for bold action. Does the ​‘natural capital approach’ really meet these urgent calls from the public to act now? Is there time to focus on accounting first, rather than strong legislation or regulatory changes to end nature’s decline?

Current economic accounting classifies nature as a free input to economic activity, while our impacts on nature are off the ledger. Natural capital as a concept was first developed to correct for these omissions in economic accounting. If we make nature visible in our decision-making, the theory goes; we will value it and improve the state of our ecosystems. Nature is accounted for as stocks of resources (e.g. a forest or fisheries) which provide flows of benefits (e.g. lumber or food) to people.

From a seemingly innocuous starting point of trying to account for our impacts on nature economically, a passionate debate in the environmental movement has emerged. This tension is most apparent where monetary units are sometimes assigned in the natural capital approach. Adversaries claim the approach risks commodifying and privatising nature by incorporating economic or market logic into conservation, whereas proponentsargue that it provides the environment a hearing on equal terms.

WHO HAS THE POWER TO RESTORE NATURE?

With something from Wikipedia:

Whilst measuring the components of natural capital in any region is a relatively straightforward process, both the task and the rationale of putting a monetary valuation on them, or on the value of the goods and services they freely give us, has proved more contentious.[24]Within the UK, Guardian columnist, George Monbiot, has been critical of the work of the government’s Natural Capital Committee and of other attempts to place any sort of monetary value on natural capital assets, or on the free ecosystem services they provide us with. In a speech referring to a report to government which suggested that better protection of the UK’s freshwater ecosystems would yield an enhancement in aesthetic value of £700m, he derided attempts ‘to compare things which cannot be directly compared’.[25] He went on to say:

These figures, ladies and gentlemen, are marmalade. They are finely shredded, boiled to a pulp, heavily sweetened … and still indigestible. In other words they are total gibberish.

Others have defended efforts to integrate the valuation of natural capital into local and national economic decision-making, arguing that it puts the environment on a more balanced footing when weighed against other commercial pressures, and that ‘valuation’ of those assets is not the same as monetisation.[26][27] 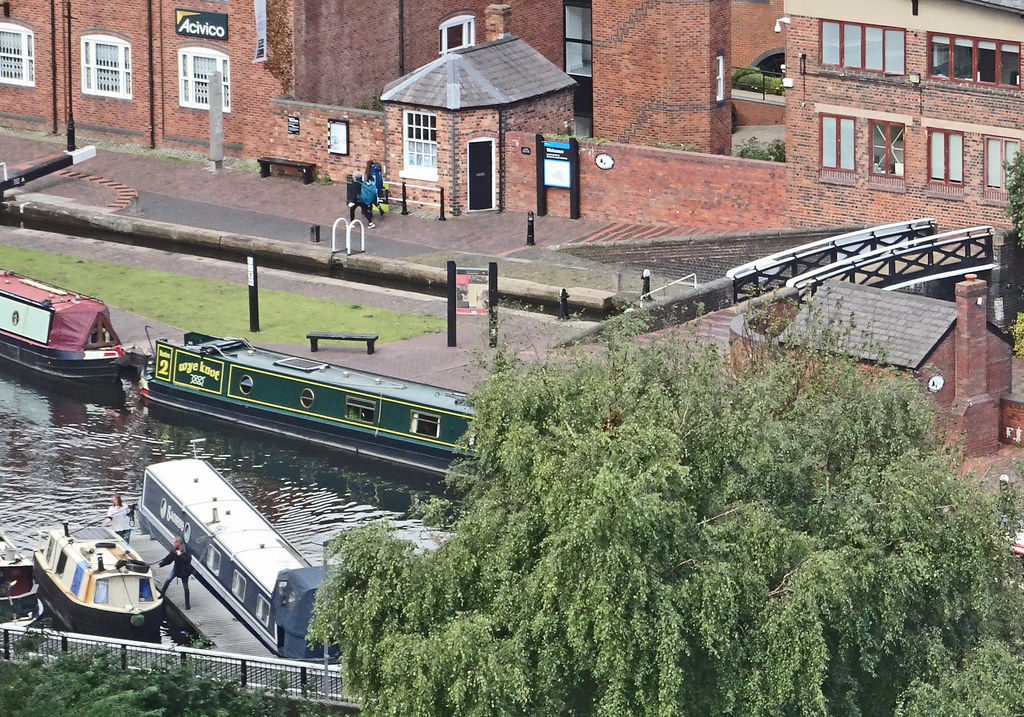 Sharon VanderKaay | creative commons
Named a Biophilic City for its leadership in connecting health and nature, Birmingham takes an active approach to environmental and health-related problems rooted in its industrial powerhouse past. The city’s impressive network of rivers and canals forms a citywide grid of trails and pathways. It has declared its intent to be the United Kingdom’s first “natural capital city” and a leader in evaluating the ecological impacts of development projects.