Or, how to prevent “the plundering of the past for the purposes of private enrichment”.

Robert Jenrick on Twitter: “Like many I was saddened to see the foundry close in 2017. It was a unique part of our industrial heritage: 450 years of production from the Liberty Bell to Big Ben. I have commissioned a review of how the Planning Inspectorate and planning policy considers and defends heritage.” / Twitter

Robert Jenrick, the Minister for Housing, Community and Local Government, has commissioned a review of heritage planning policy and the role of the planning inspectorate in making those decisions. While this has yet to be officially announced by the Ministry, Jenrick indicated a review was coming on his official Twitter account.

The decision comes following a controversial “called in” planning decision that MHCLG made regarding the listed Whitechapel Bell Foundry, but which Jenrick himself did not approve. While very little is known, Jenrick appears to be dissatisfied with the process that resulted in a junior minister approving the scheme.

Jenrick has been a more interventionist Secretary of State than his forbears, and has used “called in” decisions on a number of occasions, many of which we’ve reported on in Listed Heritage Magazine.

On the other hand, here’s a very critical view from Andrew Lainton, asking what the consequences will be for ‘heritage’ with the Minister having made a bit of a hash of the Whitechapel case:

He quotes from a piece in Apollo, the international arts magazine, which is even more scathing – with a different excerpt given here: 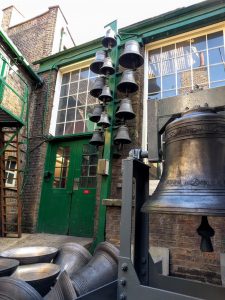 After four years of local activists fighting and campaigning and holding meetings, sometimes weekly, for fundraising, the government minister Luke Hall, acting on behalf of the secretary of state Robert Jenrick, has made a decision. The Whitechapel Bell Foundry will be turned into a hotel. Four and a half centuries of bell-making in Whitechapel have gone to pot and another bit of British history will be turned into an ersatz coffee bar – what Historic England, in its wisdom, and with its responsibility for the preservation of the historic fabric of England, calls ‘adaptive re-use’ – a totally weaselly term, which allows its commissioners to celebrate the plundering of the past for the purposes of private enrichment. Perhaps that’s not surprising now that all trustees are going to have to take an oath of loyalty to the Prime Minister.

To finish, here’s the conclusion to a measured response from ‘a developer’:

While we await more news on what may well widen out into a comprehensive review of heritage planning, anyone considering works to listed buildings, and who sees the potential to contribute to a sense of place through sympathetic, well-considered modernisation, would be wise to value the expertise of the public bodies that do so much to safeguard our historic environment.

How uncomplicating heritage planning can protect the past | The Planner