Following on from the general election, commentators have been looking at how we can create stronger local economies:

The hope has to be that … the necessity for building local economic autonomies and ecological conservationism will become more obvious, along with the opportunities to do so.

Meanwhile, the spotlight has been on particular strong local economies, for example:

Preston’s experiment has been an outstanding success. The struggling northern town turned “most improved city in the UK” has shown dramatic growth since the model has been enacted. It is estimated that the Preston model has added £200 million to the city’s economy

Preston Council: injecting into the local economy through local procurement

There have been other perspectives looking to positive ways for local economies to become more resilient:

Last year was something of a “perfect storm” for high street shops, says Helen Dickinson OBE, the chief executive of the British Retail Consortium (BRC)… “We believe there will absolutely continue to be shops. Their role and purpose may be slightly different, though, and there may be fewer of them,” she explains. This could see retail spaces employed for broader uses around housing, more space for care in the community and aging residents, or an emphasis on flexible workspaces. So while 2019 was about weathering a perfect storm, next year could have a clearer outlook. “It’s about reinvention, not armageddon retail.”

How UK’s high streets can endure the ‘perfect storm’ of 2019 which saw the collapse of 39 stores | inews.co.uk

Why businesses are wanting YOU to support the local high street, not ‘big boy chains’ | bracknellnews.co.uk

And to give this context, last month, Grant Thornton brought out its annual Sustainable Growth Index:

A look beyond traditional economic measures:

The Sustainable growth index seeks to define and measure the components that create successful places. The index, currently in its third year, extends beyond the traditional economic measures of success to provide a framework for a broader assessment of sustainable growth across the country.

Sustainable growth index – how does your place score?

Down the road, there is a possible model:

In agricultural Devon, Totnesians “import” 73% of our food, if not from abroad than from all corners of the UK. Nearly all building supplies and manufactured goods come from somewhere else, delivered to us by long corporate supply chains. There is no local or regional bank.

In fact, in many ways, Totnes has become a product itself with brand attributes like “quirky” and “picturesque”, marketed as tourist mecca and second home getaway, gateway to the South Hams. Housing developers salivate for riverfront parcels and wooded acreage that will maximise profit, regardless of local needs and impacts.

But while it’s easy to critique this system, it’s another matter to extricate one’s self from it, let alone one’s local economy….

But unlike anti-austerity efforts seen in larger cities – such as Preston – a small town like Totnes cannot rely on anchor institutions including local government, universities or hospitals, to redirect their spending into the local economy. Instead, Totnes has had to show it’s possible for small towns to withstand such losses, by drawing from a toolbox of different methods to build community wealth.

The response has grown from more than a decade of community trust building, since the launch of Transition Town Totnes in 2006. Initially set up to promote local resilience in the face of climate change and peak oil, Transition Town Totnes now coordinates an extensive range of local projects, and forms part of a global Transition network, with initiatives from around the world sharing knowledge and ideas.

Some of these projects focus directly on combating the effects of austerity. For example, Caring Town Totnes is a collaboration of around 80 organisations seeking to counter the impact of budget cuts on local health and social services.

This wordle from South Korea makes the point nicely: 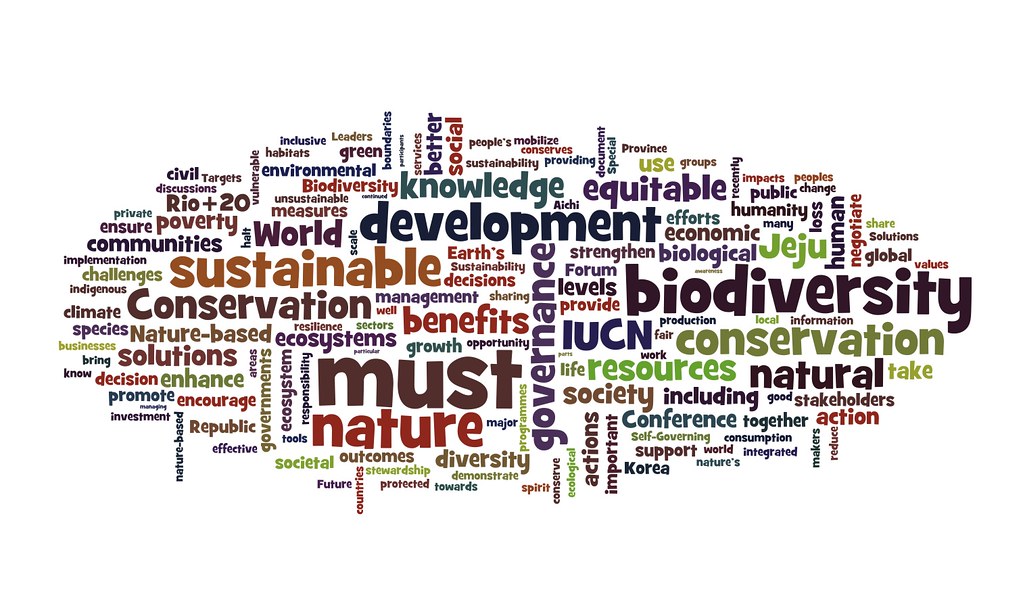 Finally, here is the main VGS page on the issues – with more ideas and resources: