School students are on holiday – so there won’t be any climate strikes happening for the moment:

Youth Climate Strike in Exeter tomorrow [from May]

We can expect more, however: 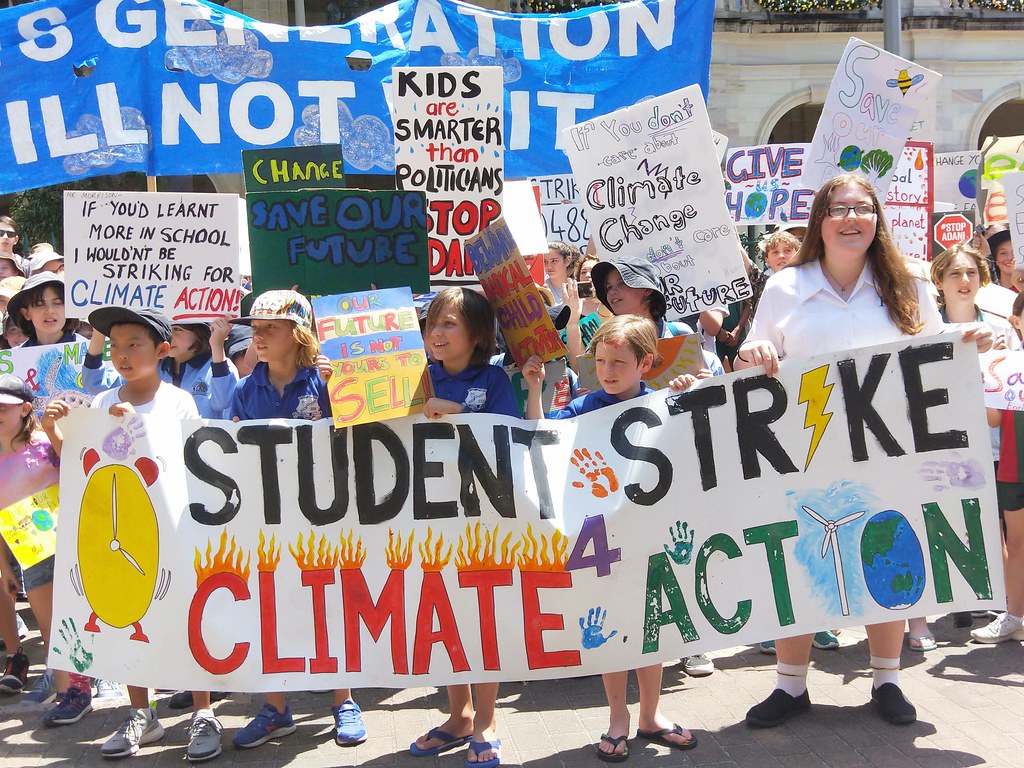 Friends of the Earth coordinator Tim Root writes for openDemocracy – and asks how things can be taken forward:

Will more climate strikes achieve the breakthrough that we need?

Strengthening the climate movement requires a rethink of strategy and tactics.

he global movement fighting climate breakdown has made some promising advances recently, chiefly thanks to Greta Thunberg and the other admirable school climate strikers. The British, Irish, French and Canadian parliaments have declared a climate emergency. In the European Parliament elections, Green parties and other allies got about 14% of the vote. A twenty-six nation 2018 survey found that of a list of major public concerns, climate change has the most people rating it a “major threat.

Merely getting more publicity is not enough to make sufficient progress. The celebrity-backed Mothers Rise Up climate march on May 12 2019 got substantial advance publicity. However even the sympathetic Guardiandid not consider it significant enough to do more than include a small photo towards the back of the paper. So what can we do to attract greater support and show that we have the ability to push decision makers effectively?

Will more climate strikes achieve the breakthrough that we need? | openDemocracy

Something very big is planned for when everyone gets back to school and work:

MILLIONS of rail workers, bus drivers, academics and factory staff could strike in aid of climate change after the TUC backed calls for a strike.

The Trades Union Congress (TUC) wants to hold a workday solidarity stoppage on September 20 in support of climate change warrior Greta Thunberg. Any walkout would coincide with a planned student protest on the same day.