“We want world leaders to apply the same sense of urgency to the challenge of climate change as they have indeed done to dealing with the global pandemic.” 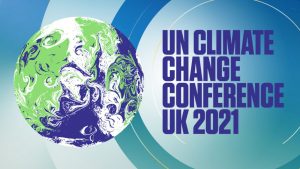 In one hundred days, the UK will be hosting the next UN conference on climate change:

With 100 days to COP26, what are these climate talks and why are they so important? | Climate News | Sky News

There are, inevitably, tussles going on in the lead-up.

The G20 met up in Naples yesterday, but were “loath to commit over carbon wording”:

G20 fails to agree on climate goals in communique | Reuters

The Lords last week were warning the government to set a good example:

Ministers face the potential embarrassment of being locked in a parliamentary battle over key environment laws during the crucial COP26 climate change summit in November. Peers have warned they will hold up the Environment Bill ahead of the event in Glasgow unless the Government makes concessions in key areas. It raises the prospect of the UK trying to convince countries around the world to sign up to ambitious environmental targets while battling to get key reforms through its own Parliament.

There are very difficult decisions to make, as Chris Mason reports from Cumbria:

Levelling up meets getting carbon emissions down. The goal of net zero meets a binary decision involving a strategic industry, a community that feels left behind and finding a politically palatable but practical solution. And an answer can’t be ducked.

“You’ll find that 90% of the people in Copeland are supportive of this mine going ahead,” Mike Starkie, a huge enthusiast for the project says, as we chat on a bench on the marina.

“But the country needs metallurgical coal. The green agenda looms large everywhere now and we’re very supportive of the green agenda. Climate change is the biggest crisis the world faces but the green revolution needs a significant amount of steel. There are many thousands of tonnes of steel that goes into a wind turbine, even more thousands of steel going into a nuclear reactor, into solar, into wave energy, they all require steel.”

Climate change, a coalmine and a town that needs jobs – BBC News

And whilst business will play a key role in getting emissions down, it’s not so clear how, as reported in today’s i-news:

The number of UK big businesses promising to reach net-zero emissions has surged in the past year, i can reveal, although almost one third still have no formal plan to meet the goal. The surge in net zero promises is a major boost for the UK Government’s reputation on climate ahead of the COP26 climate summit in November…

However, there are growing concerns over the credibility of so-called ‘net zero’ targets. Scientists and campaigners are increasingly concerned greenwashing corporations are hijacking net zero targets to trumpet climate action while continuing to pollute. “Net zero policies license a ‘burn now, pay later’ approach, in which mitigation delay is hidden within promises of future carbon removals,” warned Dr James Dyke, senior lecturer in global systems at Exeter University, at a recent climate event…

A recent study led by Friends of the Earth, Corporate Accountability, and the Global Forest Coalition argued some businesses are pledging to go ‘net zero’ then doing little to cut their emissions at source, instead relying on cheap offset credits to meet their targets. Corporations across the economy are “actively masking their intent to continue to pollute and continue the status quo with their net zero climate plans”, according to Rachel Rose Jackson, director of climate research and policy at Corporate Accountability…

Despite doubts about elements of greenwashing, the increased trend towards climate promises among FTSE100 companies will be welcomed by the Government ahead of COP26 where the UK’s record will be closely watched by countries being asked to improve their own carbon footprints. Ministers hope the sight of corporates taking ambitious action to reduce emissions will help convince laggard countries to do more…

There are many positive steps happening, however.

And there seems to be real determination, as made clear by the president of COP26:

We want world leaders to apply the same sense of urgency to the challenge of climate change as they have indeed done to dealing with the global pandemic.

But it seems the government is not sharing this sense of ‘urgency’ with the wider citizenry:

The government is failing to take the public with it on the journey to net-zero carbon emissions, a committee of MPs has warned. MPs on the business, energy and industrial strategy committee looked into how the government had responded to the findings of the Climate Assembly UK – a focus group convened to understand public attitudes towards climate change policies.

“Whether it’s decarbonising heating in our homes, reducing our emissions from transport or dealing with changes in the workplace, we know the net zero transition will soon become a lived experience in every home across the country,” said the committee’s chair, Darren Jones. “There is a great opportunity to make the net-zero transition a positive experience. But the government’s failure to engage the public means we risk people viewing the net-zero transition in a negative light and perceiving policy measures as being imposed.”