“Council practices should be fair and transparent.”

The new administration at East Devon is endeavouring to put openness and dialogue at the heart of how it works:

Democracy and Transparency at East Devon – Vision Group for Sidmouth

Indeed, one of its first steps on coming into office, the new administration stated its determination to follow ‘due process’ – especially in the vexed area of planning:

It was the lack of substantive dialogue and openness in process which largely brought about the decision to withdraw from the Greater Exeter project:

And, indeed, the other participants have shown their reluctance to continue with this rather murky procedure:

The process has been dogged with unease about lack of transparency:

Appeal to councillors ”secretly sat on a few acres of land”, by senior EDDC officer | Save Our Sidmouth (2017)

Futures Forum: Exeter and a ‘super council’ >>> “Any new proposals for local government must be fully consulted on and that whatever structure emerges must be transparent and accountable to local people.” (2016) 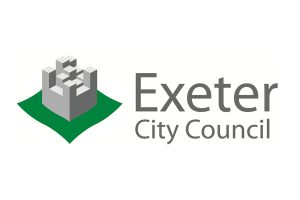 In fact, the council at the heart of the GESP – namely, the city council – has been dogged with unease about lack of transparency, as in this attempt two years ago to ask a few questions:

Council practices should be fair and transparent. Instead they are clear as mud. – Chris Musgrave – Devon Live

The investigative journal The Exeter Observer has been asking questions about transparency at the city council for some time:

And, finally, a question editor of the Exeter Observer, Peter Cleasby, put back in April 2019:

Extracting information from councils is hard work but increasingly necessary for local democracy.

Getting Rumsfeld’s statement word perfect is challenging, but it nevertheless readily comes to mind when observing and monitoring English local authorities. As long ago as 1960 Parliament passed the Public Bodies (Admission to Meetings) Act – sponsored by a newly-elected back bench MP called Margaret Thatcher – which forced local authorities to hold their meetings in public unless specific exemptions from that rule applied. The detailed rules have been updated from time to time, but the principle remains the same.

What we get under these rules is of course what councils want us to see. To be fair, officer reports seeking a decision – considered by councillors in public session – often contain a wealth of detail, including nuggets that councillors might prefer were not public. Some reports, and most financial ones, require a degree of knowledge or decoding expertise not possessed by most people. So is this enough to enable we, the people, to scrutinise and hold our councils to account?

Let’s look at what is readily available…