“Ultimately, devolution will only progress—assuming change is not centrally imposed—if there is a collaborative mindset.”

“Downing Street denied that they wanted to abolish two-thirds of authorities by replacing district councils with unitary authorities, and insisted change would happen only with local consent.”

Devolution for the South West was really buzzing a couple of years ago – with all sorts of issues:

Futures Forum: The story of the ‘Back the South West’ campaign

Futures Forum: Devolution and social mobility > “If we are to bridge rural vs urban divide in social mobility, then government needs to ensure that counties have fair and sustainable funding in future, backed by the powers to genuinely make a difference.” 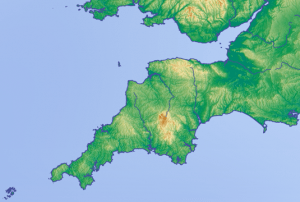 Now, the ghost has returned to haunt us…

And earlier this month, the government announced a little more:

Boris Johnson’s plans to ‘level-up’ the nation could lead to a new single authority for the South West of England with policy making powers in areas such as education, health, energy infrastructure and transport.

The Great South West group, an economic alliance that claims to have the support of the Prime Minister, believes the region should be given the same status as the Northern Powerhouse.

Cornwall, Devon and Dorset could get combined authority with extra powers under ‘regional partnership’ plan

This happened partly due to calls from the region itself:

However, local councils in the West Country are clearly not very keen:

Beyond the confines of council halls, there has been a huge amount of debate these last couple of days at the MJ, “the UK’s leading weekly magazine for council chief executives and their teams of decision-makers in local authorities”:

‘A really terrible time’ for reorganisation

There’s no justification for the ‘patchwork quilt’ of councils

Another journal for the sector Room 151, warns that we need to take care:

Without careful consideration and analysis of this issue, place-based inequalities could actually increase, and the recovery be slowed. Therefore, reorganisation to the right economic scale is essential

Ultimately, devolution will only progress—assuming change is not centrally imposed—if there is a collaborative mindset, the sector builds on the collaboration that undoubtedly already exists, open lines of communication between leaders, and a willingness to invest time and effort in building a shared vision for the success of places.

Finally, perhaps we need to ask why these proposals are being made now.

Polly Toynbee of the Guardian gives an acerbic account:

… Yet the great disrupters digging No 10 into ever deeper holes are still at it with pickaxe and shovel. What a time to launch a colossal centralising reorganisation of local government, but that’s what next month’s white paper will do, under the misleading rubric of “devolution”. The intent is to force unitary councils everywhere, sweeping away the district councils beneath them: it looks neat – but it’s devoid of evidence that another great upheaval does anything but disrupt, cost money and distract council officials who are already overstretched coping with Covid rather better than Whitehall is.

District councils of all hues are putting up a fight. Why No 10 would choose this moment to rile battalions of Tory councillors, backed by their Tory MPs, is a mystery to observers. As the London School of Economics’ Prof Tony Travers reminds me, all local government reorganisations favour the party in power.

This is all a deliberate distraction from the one great problem: councils are crippled by cuts and an inability to raise finance, rendering them powerless…

Councils, already in a sorry plight, do not need a monster reorganisation. “Take back control” turns out to be only central control. One local government thinktanker sighs and asks, “But do people care?” Let’s see how much noise the beleaguered red and yellow districts make and how angry Tory MPs will be about their own disappearing districts. Already there are signs of something amiss: the transcript of the speech by the minister for local government, Simon Clarke, in which he set out his devolution plans, was mysteriously taken down from the government’s website soon after it was put there. Just possibly, another rapid retreat by No 10 beckons.

Why does No 10 want to ‘devolve’ local councils just as they are needed most?  | East Devon Watch

The less government-hostile Chris Smyth writing in the Times has come to similar conclusions about political calculation:

Dozens more elected mayors and the abolition of many councils are being planned under a shake-up of local government due to be unveiled next month.

Ministers want to devolve more power to areas that agree to new elected mayors, who they argue are more accountable and better at boosting local economies. Conservatives have also proved more successful in winning mayoralties in “red wall” areas than they have in winning Labour-controlled councils.

However, a fight looms over plans to abolish significant numbers of district councils, many of them Tory-controlled, as part of plans for a slimmed-down local government system.

Downing Street denied that they wanted to abolish two thirds of authorities by replacing district councils with unitary authorities, and insisted change would happen only with local consent…

A month on, and we are still waiting for the plans to be unveiled…