Here’s a selection from the DMF’s regular update: 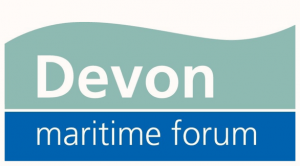 This month’s newsletter features your usual roundup of local and national stories, key marine research and reports and information on consultations you can get involved with. There is also special features on Devon’s new Marine Conservation Zones, the North Devon Biosphere Crowdfunding Campaign, and the latest on Devon’s Climate Emergency. Read on to find out more…

41 new Marine Conservation Zones (MCZ’s) have been announced for the UK – taking Devon’s tally up to 15!

Thanks to years of sustained lobbying of government and the amazing support of local campaigners, Devon has received another 9 MCZ’s. This is a positive step towards further protecting valuable marine ecosystems in Devon.

Free ‘save a flush’ Bag from Southern Water around 30% of water delivered to the home is literally flushed away. A free save-a-flush bag can reduce the volume of water used for flushing the toilet and lead to big savings in water consumption more

Help Stop the Block in the South West South West Water is bringing its Love Your Loo and Think Sink campaigns to seven new areas this month to encourage everyone only to flush the 3Ps – pee, paper and poo – and to dispose of cooking oil, fat and grease in the kitchen bin more

Climate Emergency is Top of the Agenda

“This is not about gestures, this is about action,” Chief Executive Phil Norrey

Devon County Council (DCC) declared a ‘climate emergency’ earlier this year and have pledged to work with ‘strategic stakeholders’ to ensure that the county of Devon becomes carbon neutral. DCC leader John Hart has backed the Devon Climate Declaration, which commits signatories to work together to reduce carbon emissions across the county. DCC’s ruling Cabinet have set aside £250,000 towards this initiative to persuade organisations, communities and individuals to do more to reduce global warming.

As a result, the Devon Climate Emergency Response Group (DCERG) has been formed, which endorses the underlying principles of the declaration – to reduce carbon emissions through ‘collective action, innovation and influence’. DCERG is made up of senior officers of about 25 organisations including councils, emergency services, businesses and voluntary organisations and has been set up to provide the coordination of a collaborative response to the climate emergency.

Through DCERG, organisations are being asked to sign up to the Devon Climate Declaration that will commit them to reviewing their own plans to reduce their organisation’s carbon emissions and collaborate on the production and implementation of a Devon-wide Carbon Plan. Each member would also be committing to publish annual progress reports of their organisation’s decarbonisation programme.

A Tactical Group (currently led by the Environment Group at Devon County Council) supports the DCERG by undertaking specific tasks, such as developing the Devon Climate Declaration. The Tactical Group is to propose, by the end of June 2019, a collaborative process for the preparation of a Devon-wide Carbon Plan, which will involve a Citizens’ Assembly.