Climate Activists have been very much in evidence today:

And not everyone is enamoured of its tactics:

The Spectator, the current Prime Minister’s former journal, challenges XR to come up with positive ways ahead – including going off-grid:

Let’s give Extinction Rebellion protestors what they want

The good news for the government is that there is a radical green policy that would placate the mob and simultaneously tick several policy boxes too.

Stripping away the rhetoric, Extinction Rebellion is making two demands – one is that countries commit to immediate radical action to cut carbon well ahead of the 2050 date in the current inter-governmental agreement (not endorsed by the world’s biggest polluter, the United States).

The second demand is that governments abide by the decisions of a series of Citizens Assemblies “for climate and ecological justice.” This is the movement’s great weakness…

The Government’s outgoing chief science adviser professor Sir Ian Boyd told the BBC in his valedictory interview that we must “reduce demand” for energy, fuel, food, clothing, and everything else. Sir Ian says government failed to offer incentives to assist the public in making those changes. It can use the tax system do so in the future.

Carbon tax is a stick. Successful policy will also need a carrot. But XR have nothing to say about the carrot. That omission provides the opening for a radical Tory environmental policy that offers, at least to some, an immediate change in their daily lives.

It can provide the land and legal backing for several dozen experimental off-grid communities – eco-villages of 300 homes, which can grow to be small towns over time. This could win hundreds of thousands of votes and simultaneously advance other key policies in the areas of energy, housing, and rural affairs.

What is meant by off-grid? No mains utilities of any sort. That’s a huge infrastructure saving on its own. A new housing development once had the expense of joining up to the power and water grids. These are no longer needed using the latest technology…

Off-grid settlements help solve four problems; they provide cheap housing, reduce energy use, improve food security and kickstart rural regeneration. Small off-grid homes could be delivered for an average cost of £50,000 per unit, built on low-grade agricultural land and with no utility connections. What’s not to like?

Let’s give Extinction Rebellion protestors what they want

And here are some earlier postings:

It’s about doing without the National Grid:
Off-the-grid – Wikipedia, the free encyclopedia
Off Grid: Living Off The Grid – How To Live Off The Grid

Going ‘off-grid’ has been proving popular, for householders:
Futures Forum: “It’s the holy grail of home owners who have invested in solar panels – the ability to store power for use when the sun isn’t shining.”

… and for communities:
Futures Forum: Balcombe: making a community self-sufficient in electricity 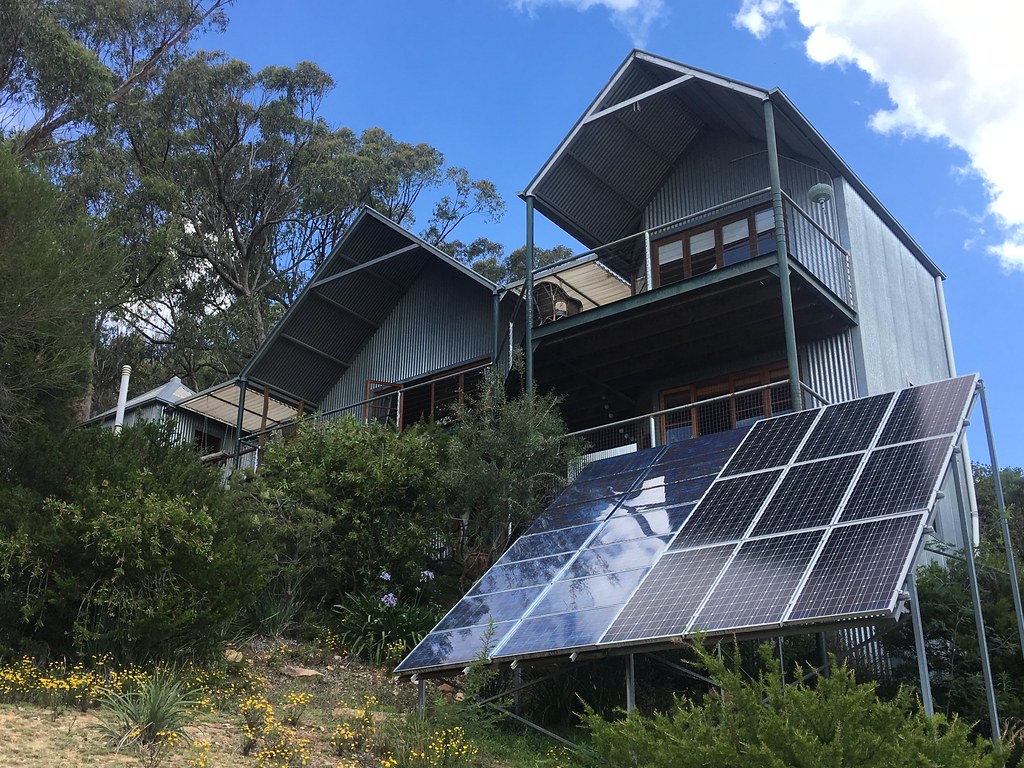