The Guardian investigates the fossil fuel industry, and the structures behind it, which are driving the climate emergency

This is a new series of articles – which does not pull many punches: 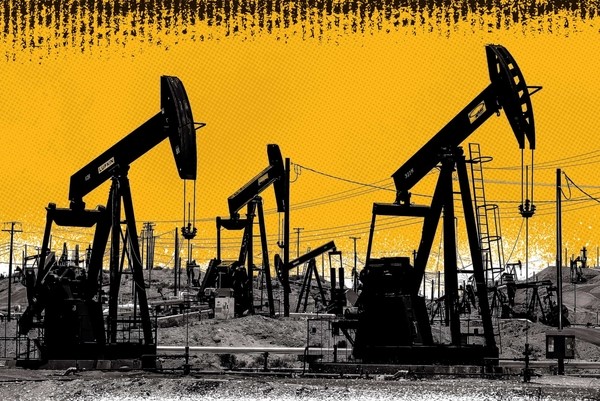 This week we are running a powerful new series called The polluters, in which The Guardian’s team of environmental journalists around the world have investigated the impact of the fossil fuel industry — as well as the structures behind it — which are driving the climate emergency. The reporting reveals the 20 fossil fuel companies whose relentless exploitation of the world’s oil, gas and coal reserves can be directly linked to more than one-third of all greenhouse gas emissions in the modern era. In a video explainer, the Guardian’s global environment editor, Jonathan Watts, details how these firms have continued to expand their operations despite being aware of the industry’s devastating impact on the planet since at least the 1950s, and this excellent timeline shows the shocking levels of denial.

Richard Heede, who leads the Climate Accountability Institute’s Carbon Majors project, which traces carbon dioxide emissions to oil, gas, and coal producers, and whose research was the basis of this investigation writes:

In my view, fossil fuel firms were morally and legally obliged to warn that continued use of carbon fuels threatens our health and welfare, and to accelerate the conversation on how to reduce the threat. Instead the industry has for decades invested millions in climate denial and obfuscation in order to delay legislative action and avoid losing market share.

The pursuit of next quarter’s profits must be shifted to embrace climate stewardship, or we leave as our legacy a bereft planet and a broken moral compass. We preside over our own future, and we owe it to our descendants and ourselves to eliminate climate change as a threat to our survival well before mid-century. Let’s get on with it.

You can read a lot more detailed reporting on The polluters project here.

Here is more from George Monbiot:

Fossil fuel giants have known the harm they do for decades. But they created a system that absolves them of responsibility

The Guardian’s polluters series reports that just 20 fossil fuel companies, some owned by states, some by shareholders, have produced 35% of the carbon dioxide and methane released by human activities since 1965. This was the year in which the president of the American Petroleum Institute told his members that the carbon dioxide they produced could cause “marked changes in climate” by the year 2000. They knew what they were doing.

Even as their own scientists warned that the continued extraction of fossil fuels could cause “catastrophic” consequences, the oil companies pumped billions of dollars into thwarting government action. They funded thinktanks and paid retired scientists and fake grassroots organisations to pour doubt and scorn on climate science. They sponsored politicians, particularly in the US Congress, to block international attempts to curtail greenhouse gas emissions. They invested heavily in greenwashing their public image.

These efforts continue today, with advertisements by Shell and Exxon that create the misleading impression that they’re switching from fossil fuels to renewable energy. In reality, Shell’s annual report reveals that it invested $25bn in oil and gas last year. But it provides no figure for its much-trumpeted investments in low-carbon technologies. Nor was the company able to do so when I challenged it…