We have a housing problem:

But there are ideas and solutions: 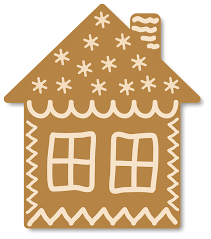 The energy-saving, social housing revolution > Passivhaus for the mass market

Joe Beswick of the New Economics Foundation writes in the Guardian – and looks to the future:

There is no shortage of ideas on how to solve the housing crisis. All that is lacking is the political will

New figures released on Wednesday confirmed what we already knew: homeownership is becoming increasingly out of reach for young people. A survey by Santander found 70% of 18- to 34-year-olds now believe that homeownership is over for their generation. Our housing system has been allowed to degenerate to such an extent that secure and affordable housing is increasingly unavailable to working-class people, and in many places middle-class people too. But it’s not for a lack of ideas that this has happened. What we are lacking is the political will.

Fifty years ago the country had a fairly stable housing system. The need for secure, affordable housing of the middle class was largely met through homeownership, and that of the working class through widely available social housing. But a reliance on the private market to deliver homes since the 1980s, and the loss of millions of social homes over recent decades, has destroyed this system.

In the 1980s, after moving to a new town, my parents left their council house and bought a home. They were able to do this because the historic link between house prices and local incomes – between three and four times average annual income – was still intact. For my generation, both sides of this move are almost unfathomable. Social housing for young people without children? Homeownership in your 20s? Impossible.

When I first moved to London in the early 2010s I spent years paying well over half of my income in rent. Even now, as my income has grown and my employment has become more secure, homeownership remains out of the question: house prices are 14.5 times the average income in London.

When it comes to housing, class intersects with the intergenerational divide, as well as race and gender. Only those whose parents have sufficient money to pay their deposit can access homes to buy, leaving most of the rest of us trapped in the insecure, unaffordable private rented sector.

But it needn’t be this way. The housing crisis is the result of policy choices that could be undone in less than a generation. If the government implemented policies that prioritised the provision of secure, affordable housing for everyone – regardless of age, class, race or gender – in just 10 years’ time young people’s housing options could look radically different, and a lot more hopeful