“A pay rise will not fix broken workplace culture”

“Be patient and kind to the staff.”

“The hospitality sector needs to now look hard and re-evaluate what it is offering its staff.”

But one driver, who did not wish to be named, said the shortages were a culmination of years of declining wages and working conditions. “Wages have remained stagnant for 20 years. In fact, in many cases they have reduced, particularly since the influx of eastern European labour,” he said. “We are treated like labourers.”

Even large supermarkets have reported sporadic shortages, with bulky but cheap products such as mineral water a particular problem. Some have had to provide incentives to help with recruitment — both Asda and Tesco are paying a £1,000 signing-on bonus to new drivers until the end of September. Department store John Lewis announced on Thursday that it would increase the salaries of its lorry drivers by up to £5,000 a year.

However, as Delphine Strauss says in the comments pages, a bonus payment might not be enough – an issue which goes beyond ‘key workers’:

A pay rise will not fix broken workplace culture

Goldman Sachs is acting to stave off a rebellion among burnt-out junior staff in the US — by offering its first-year analysts more money. As a fix for a deep-seated problem with workplace culture, it makes about as much sense as the way the UK is tackling a hiring crunch in the haulage sector: HGV drivers, whose hours are already almost as punishing as those of highly paid bankers, will be allowed to work even longer…

There is also a more fundamental shift. The past 18 months has led many people to reassess their working lives. Chefs and bar staff may no longer be willing to work gruelling, antisocial hours without job security; parents want to pick up children from school; junior bankers might resist all-night PowerPoint marathons. Meanwhile, wage subsidies and higher benefits have helped people to hold out for work they want. In Powell’s words, they are “shopping carefully for their next job”.

In this environment, sectors with chronic recruitment problems that predate the crisis will need to do far more to improve working conditions and career structures. High-pressure professional firms will have to change the way they operate to make jobs compatible with personal life. A pay rise no doubt helps. But as even Goldman Sachs has grasped, it is not just about the money.

This seems, then, to be a much deeper issue – of people across the board questioning their pre-pandemic jobs. The obvious questions are being asked:

Do we really want to ‘go back to normal’? 1: the future of work – Vision Group for Sidmouth

We certainly learnt to appreciate the value of ‘key workers’ during the pandemic:

And when it comes to the hospitality industry, the key business in the South West, people are really asking whether they want to go back to pre-pandemic conditions:

Do we really want to ‘go back to normal’? 2: the hospitality industry – Vision Group for Sidmouth

This is being shown by serious shortages in staffing:

Recruitment crisis in the hospitality industry – Vision Group for Sidmouth

This is from today’s news on the hospitality industry’s woes: 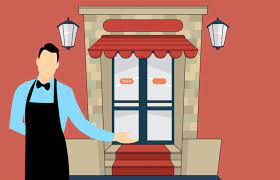 Competition from other sectors, the ‘pingdemic’ and unaffordable housing are cited as reasons why the tourism industry is struggling to recruit

Despite generous salaries and signing-on bonuses available in some areas, recruitment remains a problematic issue, Cornwall Association of Tourist Attractions (CATA) reports. It says attractions will have to work closely with current staff to ensure they are well looked after during a summer that will see them working hard to meet customer needs.

Jon Cummins, chair of the board of directors at CATA, said: “The county is experiencing a huge boom in visitors this summer, and we’d ask all visitors to our attractions to be patient and kind to the staff serving them.”

Sacha Lord, night-time economy adviser for Greater Manchester, has told the industry it needs to look at what it offers or it will lose workers to other better paid industries. “By continuing to pay staff minimum wage, the industry is shooting itself in the foot and can’t expect to attract new entrants,” he said. “It needs to now look hard and re-evaluate what it is offering its staff in terms of salary in order to really compete with other industries and survive.”

South west-based operator and brewer St Austell has temporarily decreased its food service hours​ and opening hours in some of its managed sites, in a bid to tackle the current recruitment crisis.

And there are many more such stories from the last couple of days: