East Devon has seen the biggest rise in the South West after improvements in personal freedom and natural environment.

However, the report warns that the national conversation about ‘levelling up’ is too simplistic, including “weakening enterprise conditions, a loss of public trust in institutions and deteriorating local democracy.”

The Legatum Institute’s “stated aim is to advance the education of the public in national and international political, social and economic policy”:

It has courted controversy over the years:

Legatum: the Brexiteers’ favourite think tank. Who is behind them? | openDemocracy

As outlined in the FT earlier this week, there has in fact been a levelling down over the last years, with prosperity stagnating and even declining:

New index to track progress of UK’s ‘levelling up’ agenda

The Legatum Institute… has developed an index to help track progress against the government’s broad goal of “levelling up”.

The centre-right think-tank said its composite measure, published for the first time on Thursday, would help policymakers set priorities to drive improvements in left-behind towns and regions. It has scored each region and local authority against 12 “pillars” of prosperity, ranging from personal freedom and governance to enterprise conditions, health, education and the environment.

The initiative comes as the government seeks to define its sprawling levelling up agenda, with the appointment of the Tory MP Neil O’Brien as No 10 adviser intended to add substance to the slogan. Measures announced in Tuesday’s Queen’s Speech — framed as a programme to “level up opportunities across all parts of the United Kingdom” — ranged from the creation of freeports to a new push to strengthen access to skills and training.

“The whole national conversation is about levelling up, but we don’t have a way currently to track what is happening,” said Matthew Goodwin, director of the Legatum Institute’s Centre for UK Prosperity, adding that the index was designed “to provide a sense of progress” and allow people to hold the government to account.

The index suggests the UK’s overall prosperity has stagnated since the middle of the 2010s, with a small decline in every region since 2018, the Legatum Institute said — despite improvements in areas such as infrastructure, educational achievement and in cutting carbon emissions.

The local media has taken great interest in the report – which shows that East Devon, on the other hand, is doing quite well: 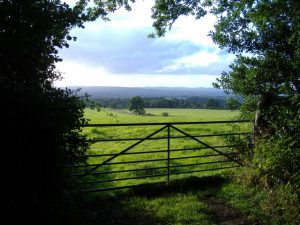 East Devon has seen the biggest improvement in the region, with Torbay at the bottom

East Devon is the area in the South West which has seen the biggest improvement in overall prosperity in the last decade, according to a new study.

The United Kingdom Prosperity Report 2021 published by the Legatum Institute ranks the 379 local authorities across the United Kingdom according to 12 key measures. They cover crime, personal freedom, local democracy, family and social relationships, the economy, quality of life, health, education and the environment.

East Devon has seen the biggest rise in the region stretching from Cornwall to Gloucestershire, up from 180th to 102nd place after improvements in governance, personal freedom and natural environment. It is the highest ranking area of Devon, with Torbay bottom for the county and the South West region in 292nd place, down from 284th in 2011…

The South West ranks second behind the South East in the list of regions, coming out top for safety and security but last for infrastructure, with 25 of the 30 local authorities in the top half of the index. It has strong institutions, social capital and health, and relatively low rates of poverty.

The report adds: “Its major weakness is economic: local employers face skill shortages, there is a lack of adequate infrastructure, and financial pressures on local councils are increasing.”

Here’s the conclusion, with a warning against complacency:

‘Levelling up’ has too simplistic an approach, report says

The report warns that the national conversation about ‘levelling up’ is too simplistic, with wide variations between and within regions.

It says: “Prosperity is currently being undermined by factors that lie outside of the traditional focus on ‘bridges and trains’. These include a decline in the safety and security of communities due to rising violent crime, a deterioration in people’s mental and physical health, an erosion of social capital, including fraying family relationships, weakening enterprise conditions, a loss of public trust in institutions and deteriorating local democracy.”