Inequality between cities and towns, and the south-east and the rest of the country, can be fixed.

“I can say with absolute confidence that in this country we have an overloaded centre and disempowered communities.”

A long, long time ago (in February this year), more ‘devolution’ was promised – and the RSA asked that some of those powers be devolved to smaller towns:

Towns and rural areas in England must benefit from the next wave of devolution alongside cities, with a majority of all people in England wanting greater local decision-making, according to a poll carried out by Populus for the Royal Society for the encouragement of Arts, Manufactures and Commerce (RSA)

Two-thirds of English people live in areas without an elected Mayor, but there is a lack of agreement between central and local governments over whether this should be a requirement. This means rural areas, towns and smaller cities in England risk being left-behind on growth, public sector investment and the freedom to develop local solutions to problems, the RSA warns.

The RSA calls for the government to proceed with new devolution deals across England, but push for greater innovation from councils in how they involve residents in decisions, arguing participatory budgeting, community engagement processes, citizen juries, deliberative polling, citizen inquiries and focus group could all be used much more by councils. 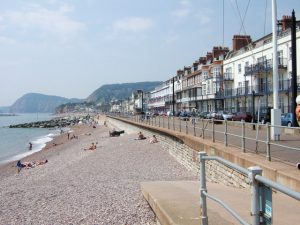 Last month, Lord Kerslake of the UK2070 Commission urged for more such ‘devolution’:

With excerpts from a report from the Building Design news site:

The former head of the civil service Bob Kerslake has called on the government to put fixing regional equality at the forefront of its covid-19 recovery plan. Kerslake, who now chairs the UK2070 commission on regional inequality in the UK as well as housing association Peabody, said rebalancing the divide between richer and poorer parts of the country was essential to ensuring a strong recovery from the pandemic…

The UK2070 commission is an independent inquiry into city and regional inequalities which studies how inequality between cities and towns, and the south east and the rest of the country, can be fixed by the year 2070…

Kerslake said the single most important step the government could take to tackle this problem would be to devolve power and resources away from Westminster and to local authorities. He said: “I can say with absolute confidence that in this country we have an overloaded centre and disempowered communities.” He added: “It is not a surprise to me that we are both one of the most centralised countries in the OECD as well as one of the most unequal.”…

And he warned that despite covid-19 putting huge strain on the country’s finances, even greater spending was now needed to deliver on the government’s promise to “build back better.” He said: ”At a time when the instincts of the Treasury will be to reign in public spending there will be a need for a large-scale fiscal stimulus package. The key question for me is whether in doing this, the government can lay the foundations for long term change.”