“Everybody wants new houses and infrastructure, so long as it is somewhere else.”

“The incomes of landowners are rising while they are sleeping, through the general prosperity produced by the labour and outlay of other people.”

“It’s the developers’ profit motive, expressed in soaring land values, that lies at the root of the housing crisis – not NIMBYs, immigrants or town planners.”

“The risk, cost, and time invested in getting hold of land and planning permissions leads to a situation where there is no alternative to big housebuilder development.”

Nimbyism can be defined as wanting your cake and eat it, as this comment from the Times points out:

In the distant days when there were party conferences, I used to chair a regular Conservative fringe event, hosted by a think tank and sponsored by a telephone company, about the siting of mobile phone masts. I asked the audience, mostly Tory activists from the shires, who among them was carrying a mobile phone. Almost all hands were raised. Then I asked which of them would be happy to have a mobile phone mast within sight of their home. Not a single hand. This is the planning predicament. Everybody wants new houses and infrastructure, so long as it is somewhere else.

The government is determined all the same, in keeping with the prime minister’s desire to “build, build, build”, to loosen our restrictive planning system…

A problem for the government is that it wants to ‘level up’ to keep its new base happy:

And yet its traditional base will be far from happy with the build, build, build policies:

As revealed from Maidenhead today:

The openDemocracy news site basically accuses the PM of helping out his developer mates:

Whilst the Spectator urges the PM to get going:

Is Boris brave enough to stand up to the Nimbys? | The Spectator

As does the Sun: 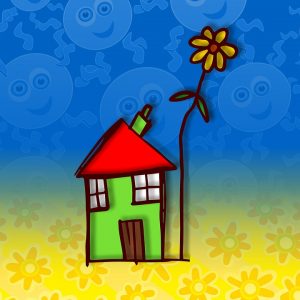 SLASHING red tape, bulldozing NIMBYs and building a housing revolution. Yes, it’s what Britain needs, along with much else.

But these so far are just words every Prime Minister utters. Getting it done is the other 99.999 per cent of the battle. Britain is still held back by archaic restrictions, councils blocking developments for political reasons, MPs opposing much-needed projects to appease their NIMBY constituents . . . even local councillors wanting harmless outbuildings torn down over some footling ­planning infraction.

So we wish the Johnson-Gove-Cummings team luck taking on this habitual obstructionism, where no one else has managed it. It is true that they have far more revolutionary zeal than almost any of their predecessors. Let’s hope their party follows their lead.

However, a more sinister analysis has been spotted by the excellent Andrew Lainton, who runs his own town planning and regeneration consultancy – and a very good blog:

Coincidentally, one of his recent posts looked at planning and regeneration in this part of the world:

On the same day, Lainton reblogged a very provocative piece:

It makes for a very interesting read in the context of Nimbyism and ‘green politics’ in rural England – although the piece starts off in Austria:

Another ‘unholy alliance’ can be understood, however…

On the one hand, there are property owners:

Who will always benefit from the act of simply owning property:

“Land is limited in quantity while the demand for it, in a prosperous country, is constantly increasing. The rent, therefore, and the price, which depends on the rent, progressively rises, not through the exertion or expenditure of the owner, to which we should not object, but by the mere growth of wealth and population. The incomes of landowners are rising while they are sleeping, through the general prosperity produced by the labour and outlay of other people.” John Stuart Mill, 1871

The Land Question: Fixing the dysfunction at the root of the housing crisis | civitas.org.uk

And on the other, there are the property developers, who keep tight hold of their land banks to keep tight control of house prices:

It’s the developers’ profit motive, expressed in soaring land values, that lies at the root of the housing crisis – not NIMBYs, immigrants or town planners.

Localism: a tale of GVAs, grandees and The Guardian (but not much greenery) | openDemocracy

And this is certainly a common understanding, from the Telegraph to the Big Issue:

Are developers land banking instead of house building? | London First

A land banking scandal is controlling the future of British housing

To finish, here’s a positive appraisal of the government’s house-building plans, from Policy Exchange, “the UK’s leading think tank” – which turns so many of the conventional understandings of housing on their head:

However, one popular response, most recently made by the Local Government Association, is that the shortfall in new homes is mostly not due to the planning system in general, and specifically not due to planning departments at local planning authorities, but due to the behaviour of property developers. They give two arguments on this point: the percentage of applications approved, and the problem of ‘land banking’…

As the risk, cost, and time invested in getting hold of land and planning permissions rises, the amount of land that it’s rational to bank rises too.

This difficulty, complexity, and cost also leads to a situation where there is no alternative to big housebuilder development. Britain has one of the lowest self-build rates in the developed world: under ten per cent, compared to over 50 per cent in Germany, over 40 per cent in Japan, and nearly 30 per cent in France. SME builders and self builders have little incentive or need to land bank, but cannot negotiate a system where it is essential.

Yes, the current planning system really is at the root of Britain’s housing crisis | Policy Exchange