Microplastics are increasingly an issue:

Futures Forum: Microplastics in our food

Futures Forum: Plastics Week in Sidmouth > Presentations and Q&As on marine pollution from Plymouth University >>> Imogen Napper on “The sources and fate of plastic in the marine environment” > microbeads and micro fibres at sea
Futures Forum: Plastics Week in Sidmouth: and Plymouth University >>> microbeads, microfibres & getting us to learn about plastics >>> report

The American National Science Foundation reports on the latest research: 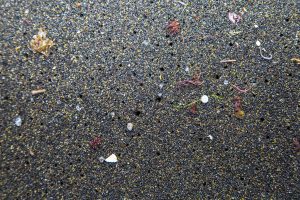 Mini-microplastics uncovered in the stomachs of filter-feeding marine organisms

Nothing seems safe from plastic contamination. A new study by NSF-funded researchers at the Scripps Institution of Oceanography suggests there could be a million times more pieces of plastic in the ocean than previously estimated.

Biological oceanographer Jennifer Brandon found some of the tiniest microplastics in seawater at much higher concentrations than previously measured. Her method showed that the traditional way of counting marine microplastics is likely missing the smallest particles, suggesting that the number of microplastics in the ocean is off by five to seven orders of magnitude.