‘The cloud’ is actually a vast network of energy-guzzling data centres.

It seems it is starting to be picked up by mainstream media that using the internet uses electricity.

A study co-authored by Professor Mike Berners-Lee (brother of Sir Tim, who ‘invented’ the World Wide Web) found that if everyone in Britain sent only one fewer email a day, more than 16,433 tons of carbon would be saved every year  equivalent to 81,152 flights to Madrid:

‘Think Before You Thank’ | ovoenergy.com

He says we send more than 64 million ‘pointless’ emails a day, in the UK, many containing a single word, such as ‘received’.

Even shortening an email from ‘thank you’ to ‘ta’ would help, as shorter messages require less energy to send.

Other so-called ‘digital sobriety’ techniques include not listening to music by streaming a video (as this consumes more energy than simply streaming music), not watching videos in high definition, and, if you intend to watch something repeatedly, downloading content to your computer rather than streaming it each time.

Alternatively, you could use an eco-minded internet search engine such as Berlin-based Ecosia, which promises to plant a tree for every 45 searches it performs. (Given that Google processes 3.5 billion searches a day, that could be a lot of trees.)

In the meantime, do watch the BBC’s Dirty Streaming programme — even if, ironically, the only way to see it is to stream it: 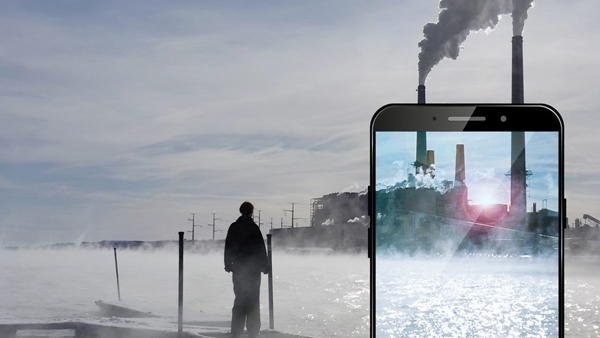 Next time you’re falling down a YouTube rabbit hole, think about this: all the watching, gaming and gramming we do is as polluting as flying. The internet is using a larger proportion of the world’s energy than ever before and, with the rollout of 5G, it’s set to keep on growing.

Film and TV writer Beth Webb goes in search of the internet and discovers that ‘the cloud’ is actually a vast network of energy-guzzling data centres and undersea cables. Most of it is in Virignia, its biggest day-to-day threat is fishing boats, and those five billion streams of Despacito? They used the same amount of energy as five African countries put together over an entire year