Turning streets over to cyclists and pedestrians.

“A lot of cities and even countries have been defined by how they’ve responded to historical forces, whether its political, social, or physical reconstruction.”

Over the past month, we have seen car and diesel fumes disappear:

The likes of China seem to be determined to ‘return to normal’ – which includes smog-filled towns and cities:

Have coronavirus concerns shut down talk of climate change?

The UK government doesn’t seem to be particularly bothered either, from past experience:

Failing to protect us from air pollution

However, municipalities are acting:

And one particular municipality seems to really want to make an impression:

Milan announces ambitious scheme to reduce car use after lockdown

Milan is to introduce one of Europe’s most ambitious schemes reallocating street space from cars to cycling and walking, in response to the coronavirus crisis.

The northern Italian city and surrounding Lombardy region are among Europe’s most polluted, and have also been especially hard hit by the Covid-19 outbreak.

Under the nationwide lockdown, motor traffic congestion has dropped by 30-75%, and air pollution with it. City officials hope to fend off a resurgence in car use as residents return to work looking to avoid busy public transport.

The city has announced that 35km (22 miles) of streets will be transformed over the summer, with a rapid, experimental citywide expansion of cycling and walking space to protect residents as Covid-19 restrictions are lifted.

Janette Sadik-Khan, a former transportation commissioner for New York City, is working with cities including Bogota and Milan on their transport recovery programmes. She says Milan, which is a month ahead of other world cities in the trajectory of the pandemic, could provide a roadmap for others. “A lot of cities and even countries have been defined by how they’ve responded to historical forces, whether its political, social, or physical reconstruction,” she says.

In the UK on Monday, Brighton started opening part of the seafront, Madeira Drive, only to pedestrians and cyclists from 8am-8pm. In Barnes, London, businesses and residents have coned off part of the road outside shopping parades to expand pedestrian space and help shoppers keep their distance from each other.

And how’s about the Sidmouth Esplanade – or at least part of it? 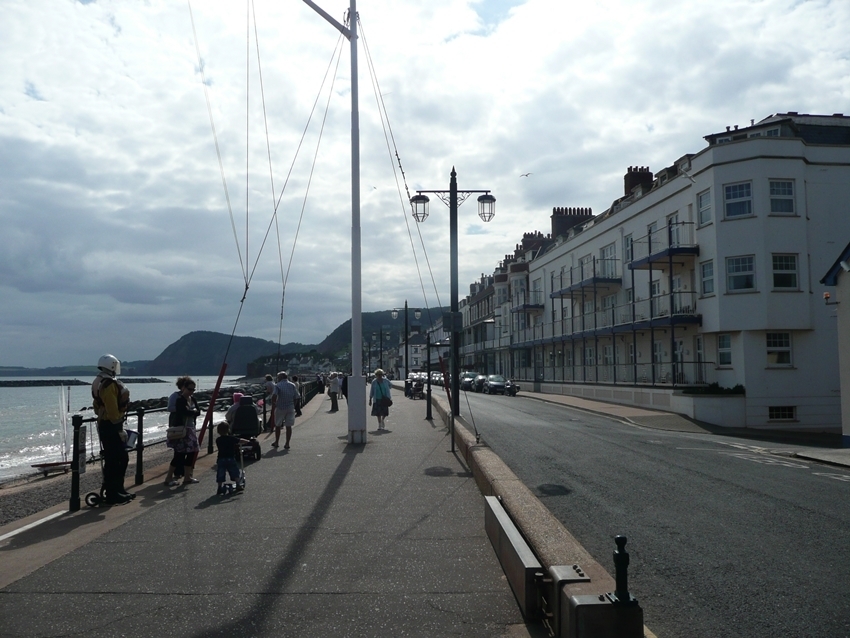