The former railway line from Feniton to Ottery and onto Sidmouth is being earmarked for a cycle path – although it’s a long time coming:

Pushing for the Sidmouth-Ottery-Feniton cycle path

Perhaps an alternative would be to reopen the line:

Devon Live is running a piece on the ‘lost railway lines of Devon’ – and the likelihood of any of them being restored.

Here’s the section on Sidmouth:

The London and South Western Railway (L&SWR) opened a main line from Yeovil to Exeter on July 18, 1860, but the nearest station to the East Devon coastline was at Feniton (then known as Sidmouth Junction.

Passenger numbers remained viable well into the 1950s, but rail service rationalisation in the 1960s significantly reduced the frequency of train services, with the reduction in passenger numbers led inevitably to closure of the branch line as part of the Beeching Axe.

Services to Sidmouth ceased on May 8, 1967, as did services on the Sidmouth Junction to Exmouth line.

East Devon MP Simon Jupp ahead of the General Election said that ‘if there is any way we could reopen the train line to Sidmouth we should’, although the site, on the outskirts of the town, has been completely redeveloped with a builders merchant built on the goods yard and an industrial estate on the passenger line and a housing development built on the trackbed to the north of the station.

The Beeching Axe: The lost railways of Devon and Cornwall 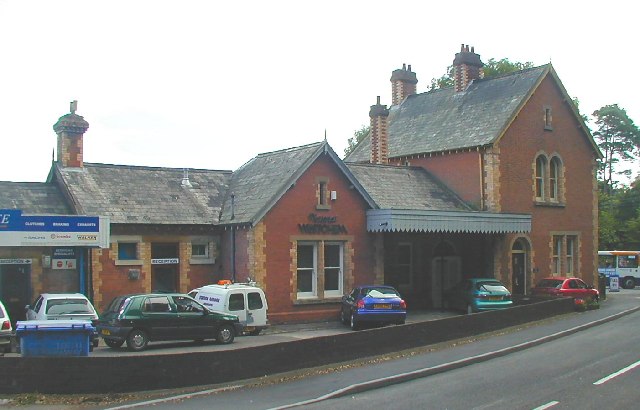