Warmer winters and earlier springs… Climate change – is it all bad?

We are seeing spring emerge much earlier:

The full impact of global warming is forecast to happen in the future, but climate scientists have cited season creep as an easily observable effect of climate change[29] that has already occurred and continues to occur.[5][12][19][30]

The Daily Mail was telling us this a decade ago:

The seasons shift: How spring is coming EARLIER thanks to global warming | dailymail.co.uk

it is of course always a complicated picture, as a piece in last month’s Popular Science noted:

The seasons are shifting, but redrawing their lines won’t erase the problem | popsci.com

This evening’s BBC Two Winterwatch reporting from the Cairngorms put ‘season shift’ at its heart:

Climate change – is it all bad?

The issue of climate change is in the news on an almost daily basis. We are seeing growing evidence of its impacts on the natural world, from the bleaching of corals in the Indian Ocean, to raging wildfires in Australia, to shrinking ice-sheets affecting polar bears in the Arctic. Closer to home, the fingerprints of climate change are all over the British countryside, but here, the impacts on species are not always negative…

Whilst migrating birds cannot make use of a warmer winter and earlier spring, other species are doing well: 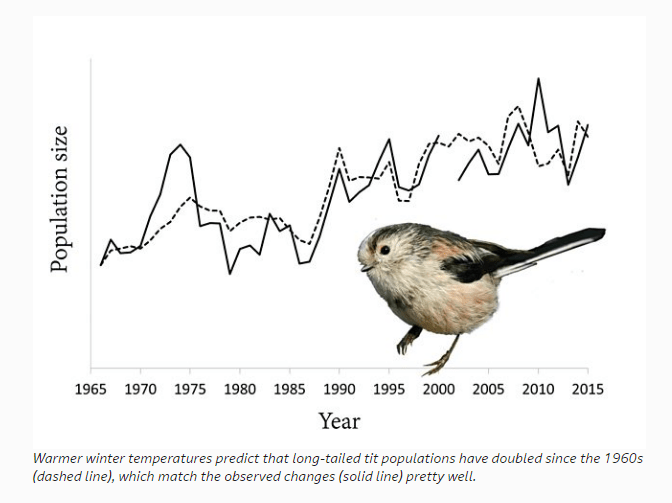 BBC Blogs – Winterwatch – Climate change – is it all bad?

Britain’s small birds have been boosted by warmer winter, says RSPB ahead of annual survey | telegraph,co.uk