“An excellent overview of the projects on Radio Exe.”

The biodiversity project has been getting quite a lot of press coverage: 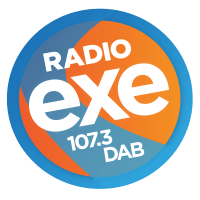 And not only the written word. Over the weekend, Cllr Chris Lockyear of the Group  was interviewed on Radio Exe about the Group. – and an excellent overview of the project it was…

He started by talking about the Science Festival and the Sidmouth clean growth project, which started the biodiversity group off. Exe Radio man Howard James and Chris spoke about ‘biodiversity’ in general – but also about the lockdown and our new-found connection with nature. They also talked about climate change and the changing planet – and that the current crisis has given us pause to think a little.

They looked at what the Biodiversity Group is all about – including setting out surveys and getting people engaged in ‘citizen science’ – especially in lockdown. Chris talked about the Arboretum’s hedge survey and their ongoing look at trees – which is all about ‘understanding what we’ve got’. Howard quoted a caller to the programme – a local beekeeper also worried about the decline in bee population in Devon. Chris, in turn, referred to a project by the Town Council to manage grass verges better – which should help the bee and insect population. He himself is enjoying learning about butterflies by doing the Big Butterfly Count – another project the biodiversity group is involved in.

Chris concluded by saying that new volunteers are always welcome, whether experts or novices – and can get involved by contacting:

Here’s their player to listen again Chris Lockyer starts at 01:22:55 :