“Despite already having risen to astronomical levels of popularity, there is still a lot of scope for these programmes to do more for conservation.”

Jean-Baptiste Gouyon, Associate professor in Science Communication at UCL, is interested in how the public relates to science – in particular, natural history:

Last year, he brought out a book on wildlife broadcasting:

And in a recent piece in The Conversation he looks at the future of natural history documentaries: 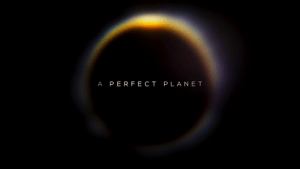 Why David Attenborough cannot be replaced

At a recent event on the history of wildlife documentaries, I was asked a question that has popped up regularly in my 15 years of research: “Who, do you think, will replace David Attenborough?” Now that Sir David is gradually drawing his career to a close with the latest BBC documentary A Perfect Planet, the question appears more topical than ever…

… it was with Life on Earth (1979) that a new approach to producing wildlife television that rested entirely on Attenborough’s performance materialised… The decades since have been dominated by documentaries that are entirely dependent on Attenborough’s involvement and revolve around his performance as a wildlife storyteller. Replacing him will entail changing the very style of programmes that are produced.

Just like a new queen bee has to leave the hive and establish its own colony, for another personality to rise and become as central to wildlife television as David Attenborough is today, wildlife television will have to be reinvented, and different ways of showing nature on TV will have to be found. What these will be, nobody can predict. My hunch is that it might involve fewer grand vistas and a return to amateur natural history with more down-to-earth, “wildlife on your doorstep” kind of programming.

Why David Attenborough cannot be replaced

David Attenborough is irreplaceable. What happens when he retires? | Red, Green, and Blue

Dr Gouyon is interviewed in this critical piece from last year:

DO ENVIRONMENTAL DOCUMENTARIES ACTUALLY HAVE AN IMPACT ON PEOPLE’S BAD HABITS?

“It’s unfair to say they are jumping on the bandwagon: nature documentaries have always been motivated by conservation.” Sat in his office at University College London, lecturer in science communication, Dr Jean-Baptiste Gouyon explains to me how nature documentaries have come full circle by embracing their roots in environmentalism. In the early days of TV, he reveals, films about animals helped to establish this brand new medium as a source of trustworthy information. Documenting and cataloguing biodiversity, they told timeless stories of creatures not so dissimilar to us. “Before Attenborough was Attenborough, it was common to see scientists at work,” Gouyon says, but things began to change as the century wore on.

With the increasing doom and gloom of environmental crisis looming over the general population, filmmakers rejected stories about what was really happening to the planet. “There was a documented reluctance to engage with environmental issues, they didn’t want to push audiences away.”

Engagement is undoubtedly the best way to get us to care more about the state of the planet. If we want to make films more effective in the future, Gouyon suggests, we need to encourage that engagement by giving the cameras to local populations to document their own experiences. “We can’t go by the imperialist model of Briton’s going and watching wildlife.”

We respond far better, it seems, to films about environmental issues that resonate with our own life experience. A prime example of this is the international response to the documentary The Cove. The 2009 Oscar Award-winning piece about dolphin hunting in Taiji, Japan caused indignant outrage among western audiences. Its thriller-style treatment of documentary makers ‘uncovering’ the practice using spy-cams didn’t, however, go down well with audiences in the country where it was shot and many showings were met with protests.

This kind of documentary clearly raises the profile of problems like this globally but, within the communities able to actively change practices harmful to the environment it rarely has the same impact. Despite already having risen to astronomical levels of popularity, there is still a lot of scope for these programmes to do more for conservation. Choosing to champion local voices could spell the end for popular eco-heroes like David Attenborough, but it might just uncover the identifiable voice many need to get behind action on climate change.

Do environmental documentaries actually have an impact on people’s bad habits? | Living

Sidmouth has its own film-makers:

Locked Down in a Small Seaside Town: a film from Sidmouth – Vision Group for Sidmouth

Shuttlecock: a film shot in Sidmouth at the BFI festival – Vision Group for Sidmouth

Cameraman Simon Vacher is from the Sid Valley and has done some great work locally, for example:

As a wildlife cameraman, he has done some wonderful work in the South West and beyond – and this piece was filmed last summer for BBC One’s Inside Out. It looks at how biodiversity is being affected by climate change – and what we can do about it:

BBC One – Inside Out Southwest – Species Shift with Nick Baker | simonvacherfilm.com

Inside Out South West | bbc.co.uk