The ‘rebound effect’ will not help us. Increased technological efficiency is reflected in lower prices, which leads to an expansion in demand. And so the resulting increase in consumption offsets the efficiency improvement.

“Abandoning the growth paradigm is risky, but essential.”

Earlier in the year, the Science Festival, together with partners including the VGS, put together a series of events around the theme of ‘clean growth’:

This was part of the government’s programme at the time:

The UK Government’s strategy, unveiled in October 2017, sets out proposals for decarbonising all sectors of the UK economy through the 2020s. It explains how the whole country can benefit from low-carbon opportunities, while meeting national and international commitments to tackle climate change.

It’s something of interest to the UN too:

“It is economic growth tied to conscious and sustainable principles with the aim of reducing, minimising, or eliminating altogether (where possible) the potential negative side effects that economic and income growth can have on the environment.”

And the University of Exeter is onto the idea:

The UK needs to develop sustainable solutions across all sectors, particularly manufacturing, agriculture, energy and construction.

However, there’s a problem of definition.

And we’ve been here before:

Futures Forum: Sustainable development and the NPPF: “In trying to solve housing supply issues, economic factors are out-weighing all other considerations and there is little thought or value given to preservation and conservation for the future.” (2014)

Futures Forum: UN Sustainable Development Summit: “We’re in a giant car heading towards a brick wall and everyone’s arguing over where they’re going to sit” (2015)

Futures Forum: From Sustainable Development to Degrowth: strategic concepts in a time of downturn (2016)

The question, today then, has to be whether ‘clean/green growth’ is an oxymoron.

Can you both ‘grow’ and be ‘clean/green’ and the same time?

Not really, according to Bee Boileau writing in the online magazine Tortoise:

The case against growth

“Green growth” sounds like a win-win, but there’s a problem

Last December Ursula von der Leyen, the European Commission president, described the European Green Deal – the EU’s plan for net zero by the middle of the century – as “a strategy for growth, that gives back more than it takes away”.

It sounded good, and in fact the European Green Deal has attracted a lot of attention as the most serious and ambitious effort to “build back better” after the pandemic. But there’s a problem. In fact, there are two. First, it’s clearer by the day that there is no such thing as sustainable growth; and second, in current circumstances there is no intrinsic merit in growth in GDP in any case. 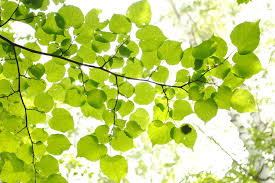 An emerging group of thinkers, politicians, and activists says: enough. Even without any further growth, humanity’s current patterns of consumption require 1.75 earths if they are to be sustained.

Environmental economists have in fact been pointing out the infeasibility of green growth for decades. Improvements in energy efficiency tend to reduce relative prices, undermining any beneficial effect on overall emissions.

This is the ‘rebound effect’: increased efficiency is reflected in lower prices, which leads to an expansion in demand. The resulting increase in consumption will go some way to offsetting the efficiency improvement.

Increasing the fuel-efficiency of driving, for example, results in each kilometre of driving being cheaper: this leads to an increase in distance travelled or speed. Increased efficiency of lighting has – a 2011 study concludes – been behind the growth in artificial light use in recent years.

Irrigation improvements tend to lead to more water being used, rather than saved. This effect was first pointed out in 1865, when William Jevons noted that the increase in the efficiency of coal consumption caused by the introduction of the steam engine had increased demand for coal. Moreover, the falling price of more efficient technology enables consumption elsewhere to be increased. Cheaper driving, lighting, or water leads to rising disposable incomes and more money spent on carbon-intensive activities. A recent study found that much of the saved money thanks to smart thermostats, for example, goes on travel.

To live sustainably – to reduce carbon emissions and prevent ourselves from running up against resource limits – we have to reduce consumption and shift away from a social system centred around growth, within which sustainable changes appear to be failures. But shift away to what? Alternatives do exist, and they give a more accurate picture of social success.

New Zealand produces a well-being budget, and Bhutan a gross national happiness index. Kate Raworth has, influentially, laid out a model of ‘doughnut economics’, which promotes the idea that countries should seek to keep consumption and production within ecological limits, while ensuring all their population meet certain living standards.

Covid has persuaded some that growth should be abandoned altogether. Amsterdam has been the first major city to move away from the growth economics model in its post-coronavirus plans. Marieke van Doorninck, the deputy mayor, has announced a plan to adopt Raworth’s doughnut model. James Shaw, New Zealand’s climate minister, has argued that the economic recovery after coronavirus must have the climate crisis at its heart. Emmanuel Macron has hinted at a move away from the centrality of growth for France.

It’s hard to face up to the impossibility of continued growth while cutting carbon emissions to net zero. Our current economic and social system is built around constant economic growth; businesses and jobs rely on it, and it can lift millions from poverty. Charges of elitism and naivety are levelled at people who reject growth as a metric of success; ‘green growth’ is an easier sell than ditching growth.

Even those most invested in abandoning the growth paradigm don’t ignore the difficulties of a transition that implicitly abandons jobs and livelihoods. Lavinia Steinfort, of the Transnational Institute, stresses the need to adopt alternative metrics for success in place of growth. She rejects the ‘degrowth’ terminology some activists have picked up, in favour of emphasising investment in care work, public services and the creative and cultural sectors.

So far, cities have led the transition. It’s not just Amsterdam that has committed to the doughnut model. Copenhagen has too. It voted to adopt the model as a tool for economic management in June. Let’s hope Copenhagen and Amsterdam can serve as models for cities elsewhere: as Steinfort says, the local is international. Abandoning the growth paradigm is risky, but essential.

The case against growth

The myth of green growth | The New European