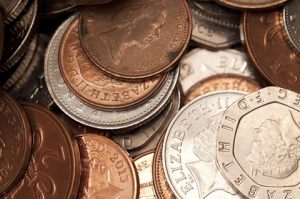 The idea of UBI is gaining traction:

Even though it’s been around for some time in some parts of the world:

Commentators are saying that now is the time to introduce it:

Just a year ago, the argument for “universal basic income” (UBI) still seemed like a fringe theory. It was the pet project of a coterie of libertarian academics and some left-wing activists, and the subject of an economic experiment among a small group of people in Finland. The idea that governments should cut a monthly check to every citizen was largely scoffed at by mainstream conservatives ideologically opposed to handouts (that is, at least, to average citizens) and rankled left-leaning intellectuals, who were wary of diverting resources from already cash-strapped, means-tested programs for the poor…

The pandemic strengthens the case for universal basic income | washingtonpost.com

Now, the first Western European country is to introduce it permanently:

Spain is to roll out a universal basic income (UBI) “as soon as possible” to mitigate the impact of coronavirus. If the payments are successfully implemented, Spain would become the first country in Europe to introduce them nationwide on a long-term basis.

UBI is an unconditional, regular payment made to every citizen. The amount of money paid to each person may differ based on demographic factors, such as age. With the exception of Iran, which introduced a UBI programme in 2011 in the form of monthly cash transfers into individual family accounts, most other countries have only trialled the payments for relatively small groups of people or for short amounts of time.

Calls for UBI to be implemented in the UK to deal with the economic impact of Covid-19 have been rejected by chancellor Rishi Sunak, who said the government was “not in favour” of the policy. Over 170 MPs urged the government to consider giving every British citizen an unconditional sum of money each week in a letter to Mr Sunak last month. But Mr Sunak insisted the government has “strengthened the safety net” for vulnerable people and invested over £7bn “in improving our welfare system”.