A green future for architecture

We can build greener buildings:

The energy-saving, social housing revolution > Passivhaus for the mass market

And we can design greener buildings – as reported in the Observer:

Where are the architects who will put the environment first?

Should we stop building airports? Return to mud and thatch? The climate crisis is an opportunity for creative thinking, but the values of architecture need a radical overhaul

Nearly 40% of UK greenhouse gas emissions, to use a figure architects love to bandy, are caused by the built environment. Or a bit more, depending on the definitions used. It’s an arresting figure. It suggests that the design of buildings and the planning of cities can do much to counter climate crisis.

Architects like to think of themselves as public-spirited, well-intentioned people. The profession tends to attract people who want to change the world for the better. And what could matter more than the prevention of environmental and societal collapse? It makes squabbles about architectural style or form seem trivial by comparison. So what would architecture look like – more importantly, what would it be – if all involved really and truly put climate at the centre of their concerns? Would there be no more concrete, given the material has been fingered as particularly destructive? Or an end to towers clad in panels that have to be replaced every 30 years? Or much less building altogether?

It is a question raised earlier this year by the launch of Architects Declare, in which 17 winners of the Stirling prize proclaimed a set of principles by which they and – they hoped – others would from now on work, and by the debate that followed. How serious could these architects really be, went one of the reactions, given that a number of them are designing major airports? A more radical version of the question will be put by the young curators of the Oslo Architecture Triennale, Maria Smith, Phin Harper, Cecilie Sachs Olsen and Matthew Dalziel, which opens later this month. “Just fiddling around with what the market gives us is not enough,” says Harper.

What is considered sustainable differs wildly depending on who you ask. The World Green Building Council, an organisation supported by members from the construction industry, holds up the seemingly surprising example of Barangaroo, a huge high-rise development on the Sydney waterfront. Harper and Smith cite traditional earth-building techniques and ingenious experiments in building structures without cement or steel. Somewhere in between is a building like the Stirling prize-shortlisted Cork House in Eton, about which nobody has a bad word to say…

Where are the architects who will put the environment first?

And where better to start than Devon thatch: 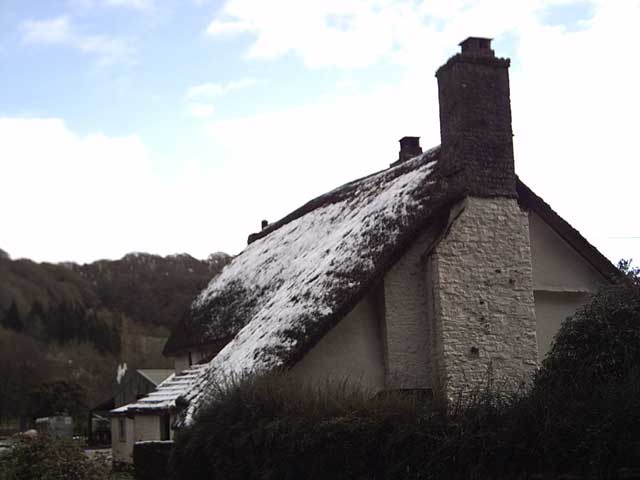 The Vision Group aims, through its activities, networking, and online platforms, to provide a forum for informed debate and widespread consultation on the future development of the Sid Valley .