There has been a lot of activity on the Ham of late:

Adding to other excellent community resources, including Sidmouth in Bloom’s ‘sensory garden’:

The new bridge is also about to be completed:

With these projects happening at a key location in Sidmouth, this could be the ideal time to undertake some work to provide further landscaping and improvements to the open space.

Back in January 2018, a proposal was sent to the Town Council, following a funding opportunity for which the Ham Playing Field charity would have qualified.

This is copied below, with permission from the person who made the proposal.

I think we all can agree that the river walk is currently not very enticing and would benefit from a makeover without reducing the flood defences the current construction supplies. The height and position of the current walls make it considerable more gloomy and less open than in the 1929 plan, as can be seen from postcards, but it would be simple to rectify the problem.

The original cranked style of the walls, to allow for seats tucked out of the way, worked very well until an additional metre or so was added on the top. I would suggest that this addition was removed and then cranked in the opposite direction. It would require additional materials for footings but the wall stones could be reused. With the cranks as a mirror image there would be large planting areas available at the height of the original wall top and none of the established plantings would be disturbed ( they would just be on the river side of the wall not the field side).

Using the Ham for the Folk Week marquee and toilets would not be affected as the toilets would fit in the hollows of the cranks where currently there is some planting.

If the level of the river walk was also raised by pouring concrete to the current level of the top of the dwarf wall, and taller railings were installed, then the area would get more light and the initial flood protection would be improved. There would be the added advantage that when the water reached that level and then dropped back no water would be trapped in the walk so maintenance costs would be reduced.

The attached pdf contains photographs and drawings to help get my idea across. 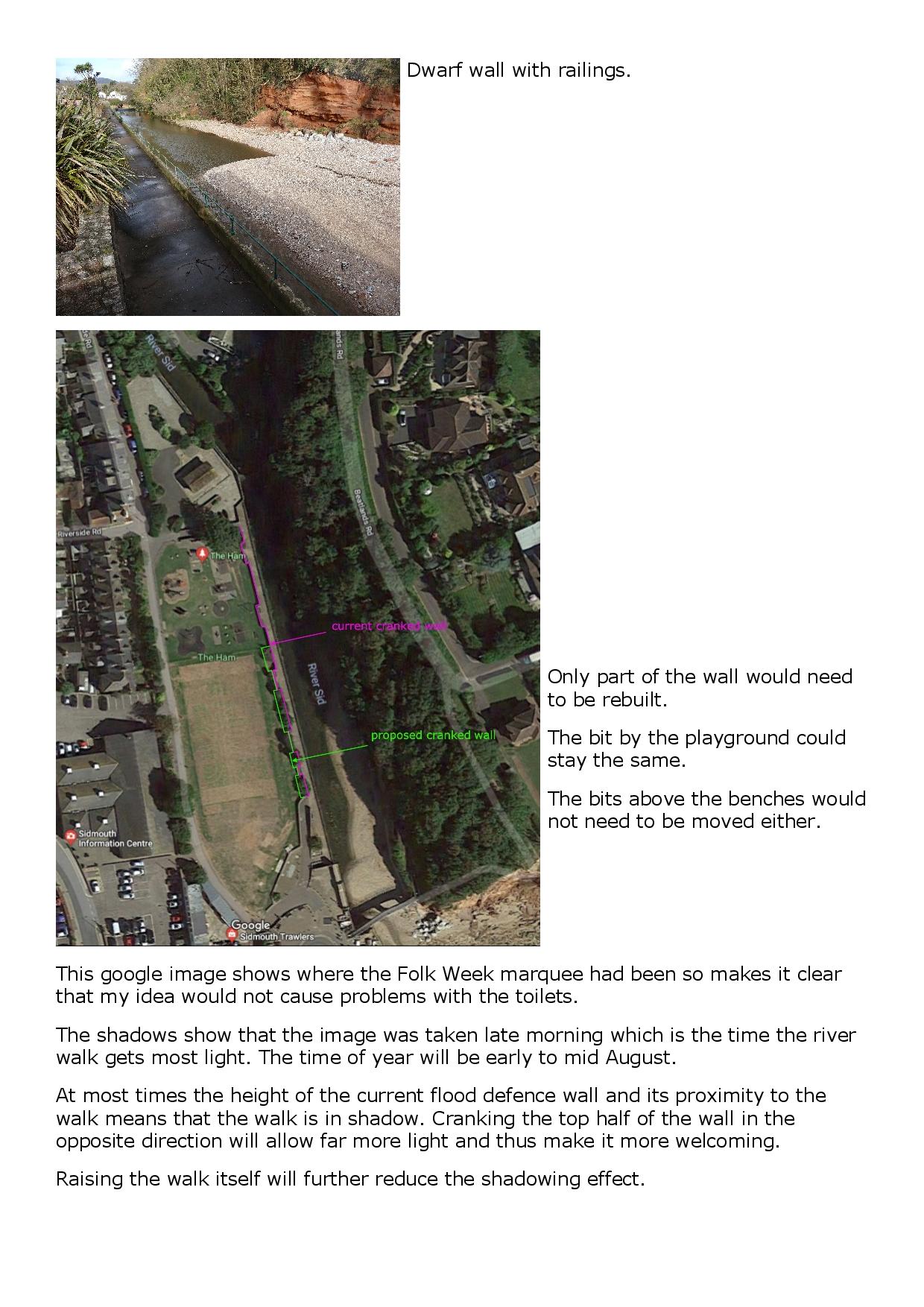