The sector is facing skyrocketing demand and locked-down staff and volunteers, and revenue is collapsing.

Every section of society is being impacted financially by the crisis:

Charities are expecting to lose around a third of their income over the next three months due to the coronavirus outbreak, MPs have been told. Karl Wilding, chief executive of the National Council for Voluntary Organisations, said his group has been “inundated with calls for help”. MPs heard voluntary organisations needed “substantial” government support to shore up their finances.

PM Boris Johnson has promised a “package of measures” for the sector. The Treasury has also said charities will be able to defer VAT bills for three months, and many charity shops will qualify for a year-long holiday on business rates.

The FT highlights the importance of the NGO sector – especially in times like these:

Many NGOs are in the outbreak’s frontline, but they are in dire financial straits 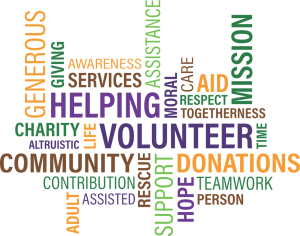 The non-profit sector employs between three (the rough UK figure) and 10 per cent (the US) of the working population in OECD countries. While the role played by charities varies from country to country, the sector is facing skyrocketing demand and locked-down staff and volunteers, and revenue is collapsing.

Charitable giving cannot meet the scale of demand. Even the national economic support packages announced so far that can be accessed by non-profits, including in the UK, US and Australia, will not be enough to see charities through this crisis.

Charities and community groups — we should not forget the many small non-profit groups not captured by charity regulators’ records — do not operate as businesses. The UK government’s grants to pay 80 per cent of furloughed staff wages will not staff homeless shelters or extra ambulances. Much of this essential work is, and can only be, delivered in person. Frontline charity workers cannot provide their services from home…

Charities need a lifeline to respond to coronavirus — and rebuild society afterwards | ft.com

The Independent lists ten charities which are giving vital services:

CORONAVIRUS: 10 CHARITIES TO DONATE TO SUPPORT THE VULNERABLE | independent.co.uk